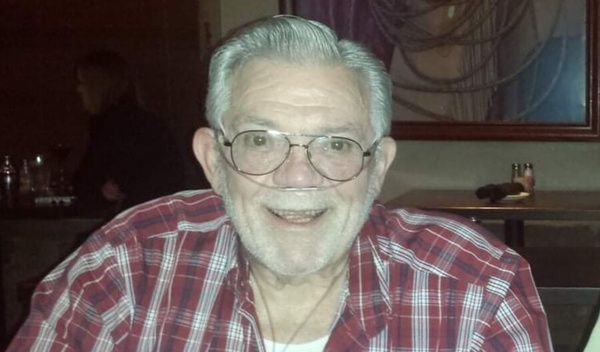 Adrian was born Oct. 11, 1939 in Manhattan, KS to Franklin E. and Thelma V. (Dix) Soper.  The eldest child of three.  Adrian graduated from Manhattan High School and enlisted in the U.S. Navy shortly after.

Adrian met and fell in love with Loretta Maye Cain, they married in 1958.  Together they had four sons, who were born from one side of the U.S. to the other due to the Navy life.  Their love took the long road, and they divorced in 1968, only to be remarried again in 1983.

After his military service, he worked for General Electric’s nuclear division in San Jose, CA for many years and later for Dow Corning in Riverside, CA.  He also attended Evergreen College in San Jose.  In the 1990’s Adrian and Loretta had enough of California and relocated to Casper, WY.  Adrian continued to work a few years at Eastridge Mall, Casper Elks Lodge, and Town of Evansville until he retired.

Adrian loved to be surrounded by family, especially his grandchildren.  His beloved dogs were also never far away.  In his younger years, he enjoyed riding motorcycles and once rode 20 hours non-stop from California to Wyoming to see Loretta prior to their reunion.  He loved to cook and feed a meal to family, as well as visiting a good restaurant.  Adrian was also a member of Casper Elks Lodge and VFW.

He was preceded in death by his wife Loretta, parents Frank & Thelma, and son Clyde.

To order memorial trees or send flowers to the family in memory of Adrian Soper, please visit our flower store.