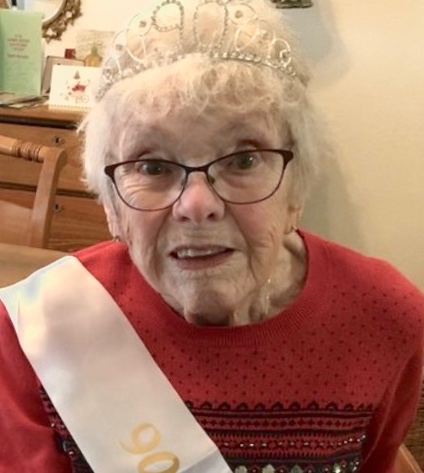 She was born in Cleveland, to Eleanor Boynton and Ralph Kiddle.  After graduating high school, she attended Bowling Green State University where she met and married Richard Wagner in 1952.  They had two children, Philip “Bert” Wagner, and Nancy Wagner and later divorced.  She has lived in Casper since 1953.

She worked at WREA for many years and retired in 1993.  While there, she met and married Bill McKee in 1979.

She was a member of Shepherd of the Hills Church where she played in the Shepherd’s Bells choir.  She also appeared in many musicals at Casper College.

She loved to entertain and to travel abroad.  She also loved logic problems, crosswords, and even her computer and iPhone.

She is preceded in death by her husband Bill, her daughter Nancy Wagner, her step-daughter Sheleen Harris, and her granddaughter Jessi Wagner.

Instead of gifts or flowers, she asks that donations can be made to Casper Humane Society.

To order memorial trees or send flowers to the family in memory of Eloise McKee, please visit our flower store.