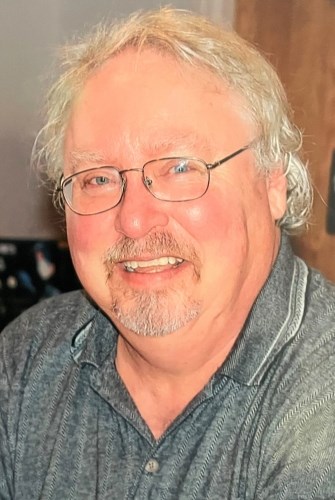 Gary Alan Jones, passed away suddenly on September 23, 2021. Gary was born in Kansas City, Kansas on June 29, 1956. While young, Gary lived in Great Falls, Montana. Gary enlisted in the Navy in 1975 and was very proud of his military service. He served in the Persian Gulf, Indian Ocean, South Pacific as well as Northern Africa and Europe aboard the USS Tulare and the USS Niagara Falls.

After his military service, he attended College at the University of Montana, eventually graduating from Fort Hays State University, in Hays, Kansas with a degree in Communications.

He worked for many years in marketing for Sysco Food Services. He eventually found himself in Casper, Wyoming, where in true Gary fashion, he embraced his new state and all it had to offer. His job with the Casper Star-Tribune took him to many out of the way towns and crossroads, and Gary would often talk about the uniqueness of a place, its history or the wildlife he saw along the way on his route. He was a keen observer of his world.

Gary was predeceased by his parents.

He is survived by his sisters, Kathy Jones Erb (Buzz) of Great Falls, Montana, and Barbara Jones Pearson (Tim) of Kalispell, Montana, and his brother, Kenneth Michael Jones of Casper, WY; his nieces and nephews, Lance Foley (Melissa), Amber Foley Westie (Kevin), and Krystal Erb (Rich Gaskins), all of Great Falls, and Ryan Pearson (Leslie) and Casey Pearson, of Helena. His passing has left a hole in our hearts. We will see you later, Gary.

There will be a short ceremony in Casper at the Oregon Trail Veterans Cemetery October 5, 2021 at 11a.m. as well as a Celebration of Life ceremony next spring in Great Falls, Montana.

To order memorial trees or send flowers to the family in memory of Gary Jones, please visit our flower store.