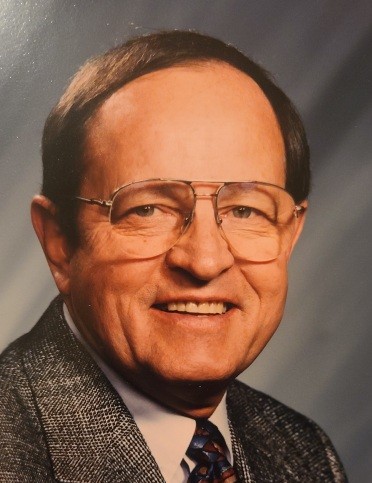 It is with great sadness that we share the news of Jerry Dalton’s passing on October 11, 2021.

Jerry was born in Casper, Wyoming to Doris and Jerry Dalton Sr. on December 1, 1938.  During his younger years Jerry played sports, rode horses and grew to love Casper and Wyoming.  In  1956 he became a graduate of Natrona County High School, then went on to earn a bachelor’s degree at the University of Wyoming and a master’s degree in mathematics from Central Michigan University. Jerry’s teaching career spanned over 30 years at East Junior High and Natrona County High School.  He was a beloved coach of many sports, but found his passion coaching boy’s basketball in what is now the Jerry Dalton Gymnasium at NCHS. Jerry enjoyed gardening (he was famous for his tomatoes), backpacking, fishing, golfing, traveling, collecting all kinds of things and making everyone around him laugh.  Above all, Jerry loved his family and faithful golden retrievers.  He cherished the times spent camping, traveling or just hanging out with them all.

A celebration of life will be held on November 26 at 2:00 PM at the Jerry Dalton Gymnasium.  We encourage everyone attending to wear NCHS attire, or orange and black.

Memorial donations may be made to the Jerry Dalton Scholarship fund at Hilltop National Bank, 300 Country Club Road, Casper, Wyoming, 82609.

To order memorial trees or send flowers to the family in memory of Gerald "Jerry" Dalton, Jr., please visit our flower store.