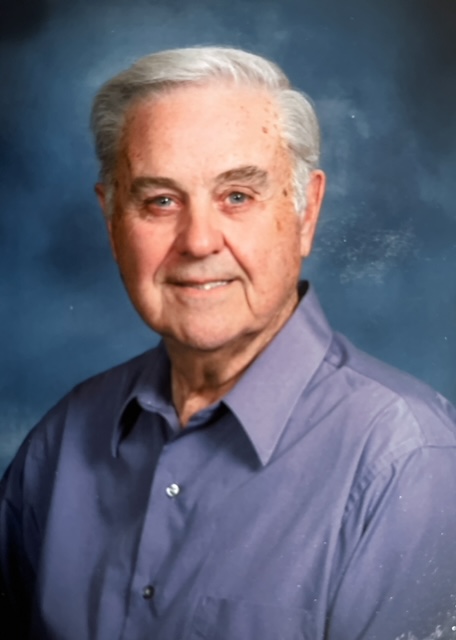 As a child, he lived in the Big Horn Mountains in the summer while his father worked for the highway department.  The family also lived on his grandfather Ruby’s farm on Shell Creek.   While there he attended school and enjoyed his teacher Mrs. Ferman, playing with neighbor children, singing duets for school programs, and helping with farm chores.

Later, he spent summers working for his grandfather, clearing irrigation ditches and driving the tractor, raking and stacking hay.  A favorite memory was of trips to Buffalo with his grandfather, which were always capped off with a milkshake at the Creamery.

After his early school years at Shell Creek, Gene attended schools in Sheridan.  He made two lifelong friends there, Darrol Woods and Joe Towns. He was gifted with a beautiful tenor voice and sang in several choirs.  He graduated from Sheridan High School in 1956.

After graduation, he enlisted in the Air Force.  He was stationed around the U.S., in Guam, and in Japan.  His specialty was in radio and electronic communication. This specialty would lead to a job with AT&T when he returned to the States.  He worked for Ma Bell from 1962 to 1990.

After retirement, he went back to school and received an AA degree in photography from Casper College in 1992. Later he enrolled at Montana State University and earned a BA in Photography. Following graduation, he opened H. G. Buck Photography where he specialized in wedding photography.

Throughout his later years, Gene volunteered for many different organizations.  He repaired cassette players for Talking Books through the Telephone Pioneers.  He taught Red Cross courses and helped displaced families receive food and lodging vouchers after fires.  Gene and Pat drove the last car for the MS150 for almost 30 years.  Additionally, they drove a route for Meals on Wheels for 10 years.  They loved traveling the states and visiting Canada and Alaska.

He and Pat joined First Christian Church in 1966 and for many years Gene truly loved singing with the choir and helping with odd jobs around the church. He enjoyed crafting the little figures used for the Worship and Wonder program.

He loved to help people and was good at repairing things. As his oldest granddaughter, Rachel, said when her piggy bank broke into dozens of pieces, “Papa will ‘pix’ it.”  He was well-loved by his family and is truly missed.

In lieu of flowers, donations can be made to Meals on Wheels.

A funeral service will be held Monday, April 4, 2022 at 1:00pm at First Christian Church with Military Honors to follow at Oregon Trail State Veterans Cemetery in Evansville, Wyoming.

To order memorial trees or send flowers to the family in memory of Herschel "Gene" Buck, please visit our flower store.