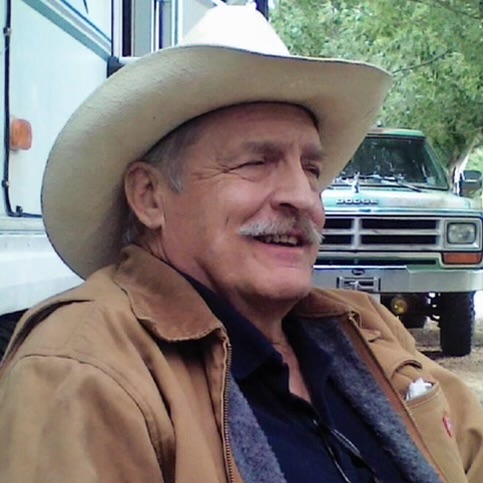 James Reuben Elder, 66, of Fort Laramie, WY, passed away at Wyoming Medical Center in Casper on November 14, 2021 after battling COVID.

James, or “JR” to those closest to him, was born on January 25, 1955 in Cherokee, IA, to Eugene Elder and Faye Nordstrom Elder.  After years of football glory, he graduated from Aurelia High School in 1973.  He would help on the family farm before enlisting in the U.S. Army as a cavalryman from 1974-77, serving overseas in Germany, where he dabbled in bull riding in his off-duty time.  Shortly after his military service, he met the love of his life: Wyoming, where he would reside the rest of his days.

JR and his former wife Maureen raised their 2 daughters, Amanda and Molly, in Casper with a deep love of horses. JR spent decades as a local farrier and blacksmith, often accompanying various historical reenactments and rodeos upon personal request.  He spent the later years of his life proudly working for the Sheridan Veterans Affairs Medical Center as a tradesman.

He had a knack for history, trivia, and was the undisputed family Jeopardy! champion. He shared his love of western films, fishing, archery, guns and target shooting with his daughters.  He was also their favorite dance partner. He had an affinity for dogs and horses, saying he trusted them more than people. He was a devout Christian who enjoyed singing hymns.

JR is survived by his daughters Amanda (Steve) Manchester, Molly Elder (Aaron Vincent), and his 2 grandsons, Henry and Samuel Manchester. He leaves behind brothers Darrell Elder, Roger Elder, Adam Elder all of Iowa, and a sister MaryAnne Block of Minnesota; and nieces and nephews.  He also leaves behind his companion Mary Franks of Fort Laramie, WY.  He was preceded in death by his beloved parents Gene and Faye Elder.

He will be laid to rest at the Oregon Trail Veterans Cemetery. Funeral services will be held at a later date. In lieu of flowers, his daughters ask to please consider getting the COVID vaccine to better protect yourself, your beloved family members, and vulnerable members in your community.

To order memorial trees or send flowers to the family in memory of James Elder, please visit our flower store.