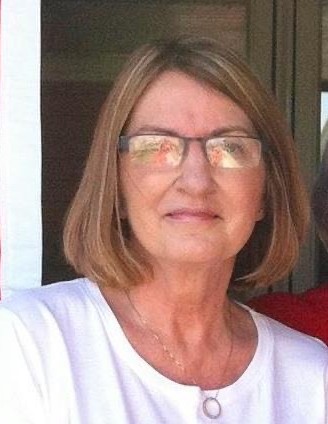 Janet Marie Christensen, 67 years of age, from Axtell, NE died on Tuesday, January 18th, 2022 at Central WY Hospice & Transitions in Casper, WY.  Janet was born on August 16th, 1954 in Minden, NE to Ronald & Geraldine (Johnson) Lower.  She graduated from Axtell High School. She married Robert (Bob) Christensen from Minden, NE in 1974 & they were married for 19 years & had 3 children.  Janet & Bob lived in Denver, CO briefly & then moved to Casper, WY in 1978 where they owned & operated a resurfacing business for 18 years.  Janet attended Casper College where she earned an Associates Degree in Radiologic Technology & a Medical Transcriptionist Certification.  She was a devoted employee & worked for WY Medical Center for over 20 years & worked part time for Casper Outpatient Radiology.

Janet’s religion was football, with the Denver Broncos & Nebraska Cornhuskers being her favorite teams.  She loved attending her grandchildren’s school functions & athletic events.  She often travelled out of town & out of the state to watch her granddaughters play in competitive soccer.  She loved frequent trips to Lincoln, NE to visit family & watch the Nebraska Cornhuskers play.  She also enjoyed visiting Las Vegas, NV & spending time in the mountains.

Janet was proceeded in death by her father Ronald & mother Geraldine.

Janet chose to not have a memorial service as she was a private person & the family is respecting her wishes.  Please continue to pray for her family as they grieve her passing.  If you would like to plant a tree in her memory or post a tribute to her, please visit bustardcares.com.

To order memorial trees or send flowers to the family in memory of Janet Christensen, please visit our flower store.