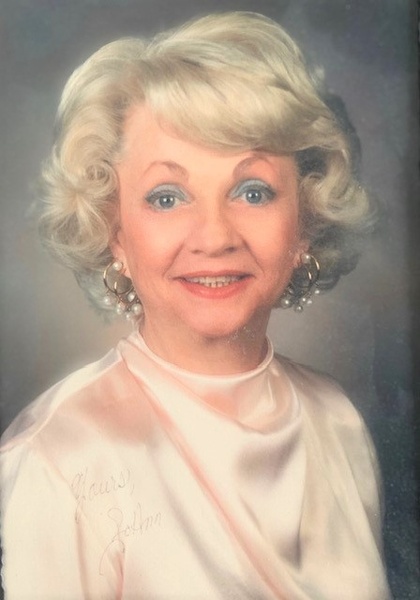 CASPER - Jo Ann Deloras (Spainhower) Wass passed away October 31, 2021 at her home in Casper while under the care of her grandson Edward. She was born in Sheridan, Wyoming to Frank and Dorothy Spainhower on September 12, 1934.

After graduating from Sheridan high school she married Robert Dean Jones and together they had three children, Robert Dean Hunter, Jo Ann D. Hunter (JoD Pettijohn), and Valrie Hunter (Zierden). Jo Ann then graduated from the University of Wyoming with a teaching degree, moved to Casper and taught for 28 years retiring from NCSD#1.

She enjoyed her retirement often at Alcova lake boating, fishing, and water skiing. Researching her heritage and playing music on the piano, the guitar and even an accordion, also brought her joy.

In 2017 Jo Ann became engaged to her best friend Alex Lampros, but sadly the lord took him home in May 2018.

JoAnn was preceded in death by her parents; her husbands, Robert Jones, Elvis Hunter, James Fuller, and Wallace Rea Wass; and her son, Robert Dean Hunter.

Bustards Funeral Home of Casper is in charge of cremation, and a private family burial service is planned for in the spring to early summer, in Dayton, Wyoming.

To order memorial trees or send flowers to the family in memory of JoAnn Wass, please visit our flower store.