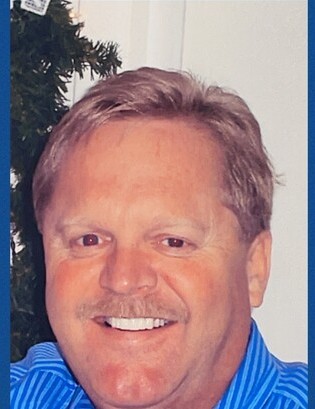 Kendall Dean Frederiksen came into this world on September 28, 1959 in Deadwood, South Dakota to the proud parents Karl and Joan (Dudrey) Frederiksen. He was welcomed home by two brothers Richard and Vernon Frederiksen. A few years later he was blessed with a baby sister named Karla.

Throughout Kendall's childhood he lived in Sundance, Wyoming, Olive and Hathaway, Montana, and settled in Casper, Wyoming in January 1968.  A family friend from Montana came to attend Casper College. Keith Boschee is a true treasure and blessing to the entire family.

Kendall went to school at Pineview Elementary, East Junior High School, and Kelly Walsh High School graduating in 1977. Kendall was a wrestler throughout his school years. He wrestled 98 pounds his senior year of high school, yes you read that right 98 pounds. He was a wiry, skinny, but strong spit ball of fire. He spent many nights in a plastic jogging suit inside a sleeping bag, sweating to make weight. Kendall was also a Kelly Walsh Dancer, it was very entertaining to watch him dance.

He married Tammy Stewart in 1982. To that union came two beautiful children, Brittni Noel and Cory Dean. Kendall was the best, most proud dad in the world. He was so proud of his kids and was not shy in telling people about them. He later married Lesli Sullivan Flack and welcomed her son Adam into his life. He was a wonderful provider for his family. Even with him gone, they are still benefiting from his years of hard work and integrity.

Kendall worked for Cameron, FMC in Dallas and Houston. He held positions as National Accounts Manager, Sales Representative, Vice President of Sales and Marketing, and other important positions for 40 years and 8 months while working for Texas Pipe and Supply Company. From August 2020 to present he held the position of National Account Manager for Alloy Piping Products.  Kendall was a very proud man and very proud of his accomplishments with Texas Pipe. He provided for his family very well. He met many lifelong friends while working in the Oil and Gas Industry.  Kendall stayed in touch with his high school buddies, meeting up with them every time he came home to Wyoming to visit. He had many friends all over the country.

Kendall was caring, fun loving, witty, funny, could be serious if need be and loved with his whole heart.  He loved to play golf.  He was also an excellent cook and loved to BBQ and entertain at his house pool side.

Kendall was a son, grandson, brother, nephew, husband, best dad EVER, uncle, great uncle, cousin, stepdad, brother-in-law, and best friend anyone could ask for.  His nieces and nephews were crazy about Kendall; they loved him so very much.

We would like to extend our sincere gratitude to some very special people in Texas.  We could not have gotten through this without Kendall’s very dear friends, Otto and Jackie Windholz, Shane and Brenda Tweedy, Scott and Brandee Rochard and Bill Hooten.

WE LOVE YOU AND WILL MISS YOU DEARLY!!!

To order memorial trees or send flowers to the family in memory of Kendall Frederiksen, please visit our flower store.