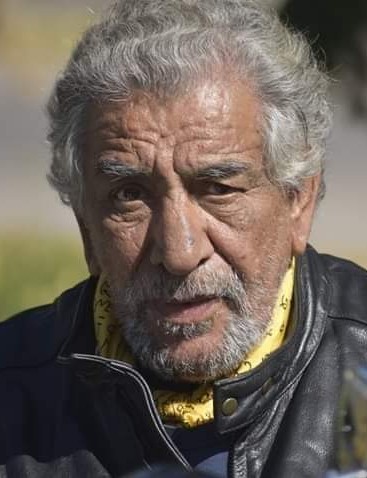 Louis Valentino Montoya Sr., 73, of Casper, Wyoming, passed away on October 3, 2021, from complications of a sudden illness.

Louis Valentino Montoya Sr. was born March 18, 1948, to Jake Montoya Sr. and Pauline (Rivera) Montoya in Casper, Wyoming.  Louis was the oldest child of eleven siblings. As a young child it was not uncommon to see him with his younger brothers Jake and Richard at his heels in North Casper. He was the quintessential protective brother to his younger sisters Priscilla, Tina, and Cecilia. The girls often share stories of how big brother Louis would scare off young men interested in dating them. Louis attended local schools in Casper.

Louis had several hobbies as a young person. He enjoyed boxing, playing pool, cars, and motorcycles.  Some will find it difficult to remember what muscle car he had, but many can recall his love for Harley Davidson Motorcycles.  The Harley Davidson bike is a tribute to Louis's favorite pastime.  Louis had a lifetime of adventures across the United States on his Harley. On each journey, Louis shared it with a spouse, family member, or friend. It is through these people's stories that Louis's legacy will be forever remembered.  There are countless memories of trips to Sturgis for the Rally or to New Mexico for Chillis. Louis passed on his love of the outdoor adventure to his family. His youngest son Louis Jr. can often be found on a bike, enjoying the freedom of the wind across his face and the serenity of the open road. Recently, Louis was able to pass this torch to his grandson Cole. Louis was instrumental in securing Cole the opportunity to acquire his first Harley Davidson bike. Ensuring his love of the open road to the next generation of Montoya's

Louis, in his lifetime, had worked in various settings. First, he was employed in the oilfield and later in the construction field. Most recently, he came out of retirement to work at Industrial Distributors as a delivery driver. This job brought him great joy as he was able to work with his younger brother Paul Rivera whom he respected and cared for very much.  Paul and Louis were often together, roasting chili and spending time with one another. They shared a strong brotherly bond.

Louis had an infectious smile and zest for life.  Louis never met a stranger and was a friend to all he encountered. Louis was generous with his time, love, and friendships. He was always on the move visiting friends or family throughout Wyoming and Colorado. Most recently, Louis could be seen riding his Harley Davidson Trike. He would have his Ray Ban sunglasses on, a mischievous grin that radiated happiness, and the sun shining down on him.

Louis was blessed to have been loved by many in his lifetime.  Louis is survived by his loving longtime partner whom he considered his wife Lucia, his children: Joe Fullerton of Casper Wyoming, Tricia (Wade) Miller of Casper, Wyoming, Kimberly Montoya of Casper, Wyoming, Melissa Bachilla of Las Vegas, Nv, Paul Jacobs of Prescott, Az, Louis V. (Brooke) Montoya Jr. of Dubois, Wyoming. His siblings: Jake Montoya Sr., Richard (Candy) Montoya, Priscilla (Joe) Romero of Casper, Wyoming, Tina (Harry) Greenburg of Denver, Colorado, Cecilia (Steve) Gottfried of Atascadero, California, Paul (Janae) Rivera and Roy Mestas Jr. of Casper Wyoming.  Grandchildren: Chase Miller, Cole Miller, and Avery Miller of Casper Wyoming. Rylie and Brooklyn Jacobs of Houston Tx. Louis was an Uncle to many and adored each one. Closet to his heart were his nieces Devona Montoya Waddell, ReNeil Cisneros and Celisha Rivera. Louis has many, many great-nieces and great-nephews who will miss him dearly.

Funeral Services are October 12, 2021, at 10 am at St. Anthony's Catholic Church Casper, Wyoming. Burial will follow at Highland Cemetery. A celebration of life will be held at The Eagles FOE following the burial.

To order memorial trees or send flowers to the family in memory of Louis Montoya, Sr., please visit our flower store.