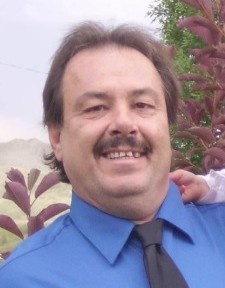 Martin Keith Tucker, 58, of Midwest, Wyoming, passed away on Sunday, April 17, 2022 in Casper, Wyoming with his children by his side.

Martin was born June 11, 1963 in Denver, Colorado to John and Lois Tucker. He grew up in the Denver metro area alongside his two siblings, Leroy and Karen.

In September of 1989, Martin married Brenda Wickstrom. They raised four children together and moved to Midwest, Wyoming in 1998.

Martin was preceded in death by his wife, Brenda Tucker; his son, Robert Tucker; his brother, Leroy Tucker; his mother, Lois Tucker; and his father, John Tucker.

No services are planned at this time.

To order memorial trees or send flowers to the family in memory of Martin Tucker, please visit our flower store.