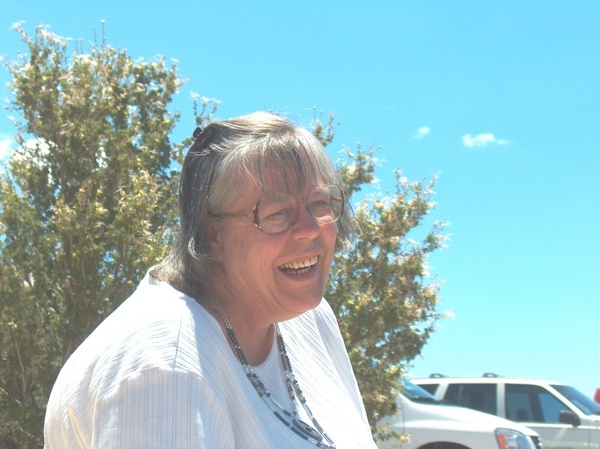 Nancy Ann Parks, the daughter of Lionel and Pearl Hamel of Casper, and wife of Richard Parks Sr. of Casper, Wyoming, was born in Methuen, Mass. on March 10th 1948. She moved to Valinda, California in 1955 with her parents.  Nancy attended Nogales High School in La Puente, California where she met her husband Richard in the 10th grade. They dated through high school and were married after graduation on January 27th, 1966.  After she married Richard, while he was away in Vietnam, she went to work at an aerospace company in El Monte, California with her mom and dad.  Nancy was preceeded in passing by her mother in 1992, and her father in 1997.  Her Sister Sandra is her only living sibling, and lives in North Casper with her nephew, Michael Jackson. She has one niece, Cindy Jackson of Massachusetts, and another nephew, David Jackson of California.

Nancy and Richard moved to Casper in 1990 to take care of her ailing mother and father.  Richard helped get her parents moved and settled in Casper in 1989, went home and told Nancy pack up were moving, to which she replied WHAT?! Once here she fell in love with Wyoming traveling the state and enjoying the outdoors, camping and fishing.  Nancy loved bears as evidenced by the bedroom with over 300 teddy bears and dolls. It all started with a Boyd’s bear, in 1993 that she saw on a shelf and just had to have.  That grew over the years including her Magilla 4-foot-tall black bear.  Nancy loved seeing and spending time with her grandchildren even during her decline health she would still smile when they walked in the room. Nancy and Richard were married 55 years this past January and were looking forward to their 60th Anniversary. Nancy is survived by her Husband Richard, Sister Sandra Jackson three children Lori Gasser, her Husband David Gasser, Richard and his wife Kristine Parks, and Bradley and his wife Lezza Parks, 13 Grandchildren and 14 Great grandchildren one niece and two nephews.

Memorial services will be held at the Bustards and Jacoby Funeral home 600 CY Avenue April 23rd at 2:00 pm Reception to follow at the reception hall at Bustard and Jacoby after the service.  The service will be live streamed for those friends and family that can not be present.   In Lew of flowers, it was Nancy's wish to have donations made to your favorite nonprofit organizations.

To order memorial trees or send flowers to the family in memory of Nancy Parks, please visit our flower store.