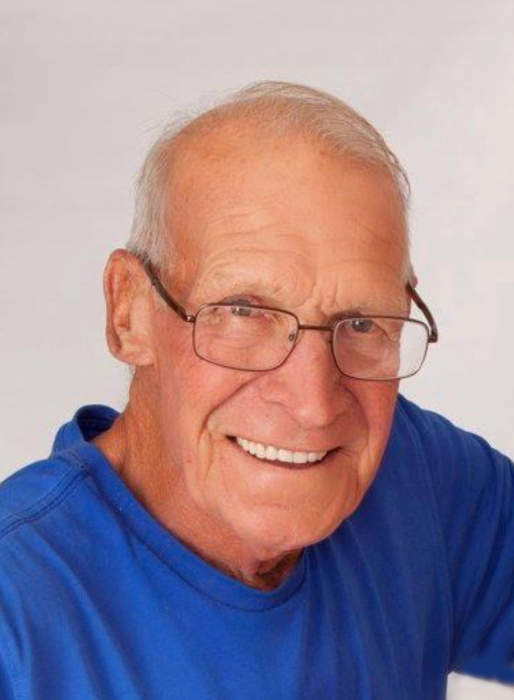 Paul W. Stafford passed away at his home on March 29, 2022, surrounded by his family.

Paul was born and raised in Dayton Ohio, with his 4 brothers and sisters. He enjoyed his childhood, and was of the generation that stayed outside all day until the street lights came on.  He enjoyed playing Baseball and hanging out with friends, where they serenaded the neighborhood in the evenings.

Paul joined the Air force in 1956, and was stationed at Offutt Air force base in Omaha, Nebraska.  Marilyn Martin was also stationed at Offutt Air Force Base at that time, and it just so happened, that Paul had to pass through her workplace to get to the restroom from his workplace.  He described Marilyn as “quite the looker”.  Little did he know, she would become the love of his life and they would be married for 60 years, until his passing.

Paul and Marilyn married on October 21, 1961 at St. Anthony’s Catholic Church in Casper, Wyoming, where they made their home together.  They  raised 5 children, Jeff, Lori, Shari and Vicki, and their adopted son, Shannon.  Paul made his living as an Installer for Western Electric, which would later become Mountain Bell Telephone Company, and eventually Lucent.  He retired in 2000.

Paul enjoyed hunting and fishing, and spending time with his family.  When his family was young, they spent nearly every weekend camping and fishing at Alcova, or Miracle Mile.  After his retirement, Paul enjoyed working in the family owned greenhouse, Katies’ Kountry Garden.

Paul was a man of few words, and he enjoyed his alone time.  His favorite word was a very sarcastic “BOY!”, which his son in laws, grandsons, and now grandson in laws loved to mimic.  He loved his family but was not fond of a lot of noise, and if you know his family, you know what a conflict this could be!  He spent many family gatherings outside on the porch, or downstairs, while everyone else was upstairs making more noise than he could stand.

Paul will be deeply missed by those who knew and loved him. He is survived by his wife Marilyn, his daughters Lori (Gordon) Clapp,  Shari (HL) Shaw, Vicki (Jeff) Parke, and his son Shannon Stafford, 14 Grandchildren, 7 great grandchildren, and another great grandchild on the way.  He was preceded in death by an infant son, and his son, Jeff in 1980.

A Vigil Service with recitation of the Rosary will be held at 6:00 p.m. on Sun. Apr. 3, 2022 at Bustard & Jacoby Funeral Home. The Mass of Christian Burial will be celebrated at 10:30 a.m. on Mon. Apr. 4, 2022 at St. Patrick's Catholic Church. Fr. Gary Ruzicka will be the Celebrant. Interment with military honors will follow in Wyoming Memorial Gardens. There will be a luncheon hosted by St. Patrick’s in the church gym following the interment.

To order memorial trees or send flowers to the family in memory of Paul Stafford, please visit our flower store.