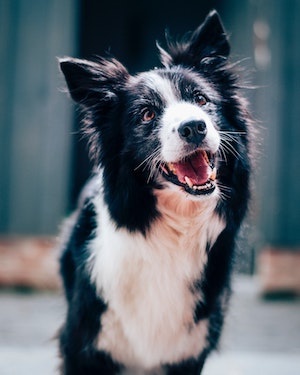 Shannon Marie Lakner, age 57, passed away on 11-28-2021. Shannon, known as “Shanny” to her friends and family was born on November 25, 1964, to her parents Kenneth and Dory Graf. She spent her childhood years with her parents and two older brothers Theodore (Ted) Graf and Michael (Mike) Graf in Walden Colorado. As the youngest sister, she grew up tough and was frequently the “tackle dummy” for them.

From the age of 7 she developed a love of horses and animals, spending many hours riding Owl Mountain Ranch in North Park with her mentor Bill Riley, a true cowboy and cattleman. He taught her everything about livestock and horsemanship. The family spent many happy days at their cabin at Big Creek Lake waterskiing in the icy cold water and fishing for brook trout in the beaver ponds. There were fun jeep trips and when she wasn’t on horseback, tomboy Shanny rode minibikes and dirt bikes with her brothers. She and her brothers also started snowmobiling at a very young age and had many harrowing winter adventures.

The family moved to Casper, WY in 1980 and Shanny graduated from Natrona County High School in 1983. She then took several classes at Casper College. She held several jobs in Casper over the years, mainly in sales.

Shanny was blessed to have two wonderful children, Ryane born in October of 1986 and Kristen born in December 1988. She enjoyed watching them grow up with their stepfather and her soulmate Steve Lakner; and his three children, Stephanie, Courtney and Cody. Through all of this she never lost her love of horses and dogs, instilling that love in her daughters. Horse shows, trail rides, hunting and pack trips were a summer staple.

As her daughters grew, they became even more involved in showing horses, it encouraged her to branch into more serious competition. She rode in some local clubs, leading to some great success but more importantly becoming a mainstay of hilarity along the fence line while waiting on classes. Her infectious laugh and teasing would bring out a smile in even the most awkward of people attending. She made the shows so much more enjoyable for everyone present. All of those years in the saddle culminated in her qualifying for the National Versatility Ranch Horse Association’s National competition during the summer of 2020, and winning her all around division at the COWN show during State Fair.

Shanny was incredibly witty and funny, and always loved a good joke, livening up any gathering with her wonderful sense of humor. She was loved by all, and will be greatly missed.

A Celebration of Life will be held December 8th, 2021 6:00pm at Central Wyoming Fairgrounds in the Hall of Champions. In lieu of flowers the family asks any contributions be made to 12-24 Club located in Casper, Wy.

To order memorial trees or send flowers to the family in memory of Shannon Lakner, please visit our flower store.