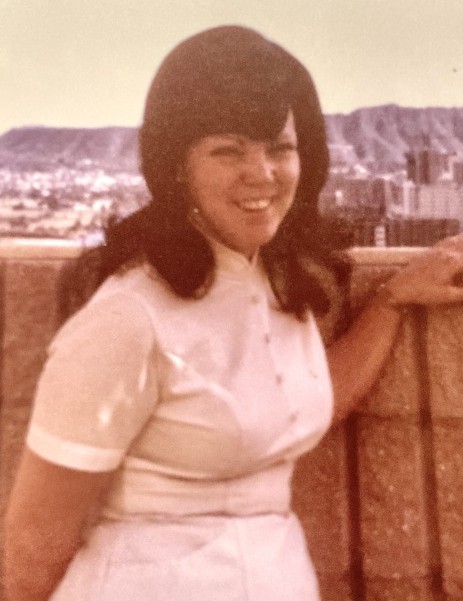 Sherry Benabise was born on May 17th, 1950 and passed away on December 21st, 202.  Her husband Fredrick and children Paul Benabise, Chris Benabise, Stephanie Rivenburg, and Wendy Robinson.   She had three brothers Terry North, David North, and Dan North.  She was born in Salt Lake City UT and soon after moved to Las Vegas NV when she was a young girl.  Hawaii was her dream come true where she meet Fred and then had two boys.  She was on her way back to what she felt was home by traveling to Hawaii.

The family will hold services at a later date.

To order memorial trees or send flowers to the family in memory of Sherry Benabise, please visit our flower store.