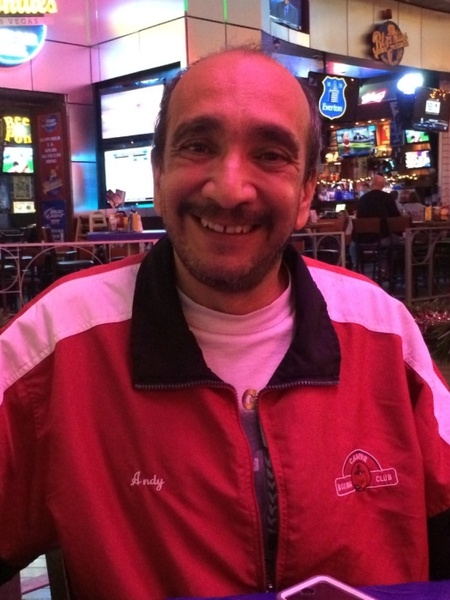 
On April 24, 2021 Andy Silva loving father, son, and brother, passed away at age 53. Andy was born in Casper, WY on August 15, 1967 to Henry and Lola Silva. He and Connie Silva raised their daughter and son, Kristen and Evan. Andy had a passion for coaching. Throughout the years he’s coached many different sport teams that his kids were on. While he lived in Saint George, UT with his kids and Connie for 6 years, he trained and managed several boxers as well. He traveled often to take his boxers around the world for different matches. Besides his love for coaching, he also loved playing softball. Andy was known for his quick wit, funny jokes, and how hard of a fighter he was. Andy was preceded in death by his father Henry, and his sister Becky. He is survived by his two children Kristen and Evan, his mother Lola, his brothers Henry and Rodger, and his sisters Rachel and Rory.

A funeral service to celebrate Andy’s life will be held at Radius Church on 4301 Casper Mountain Road Casper, WY 82601 at 11:30 A.M. on May 15th. Andy’s son and daughter are asking to bring a picture or memory of you and Andy to leave with them. After the service, there will be a gathering provided with finger foods and drinks held at the Casper Boxing Gym on 910 Barbara St. Casper, WY 82601.

To order memorial trees or send flowers to the family in memory of Andrew Silva, please visit our flower store.