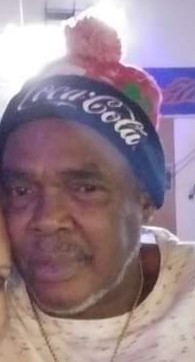 Benjamin Ray Walker, age 68, of Casper, Wyoming, passed away June 15, 2021 at Central Wyoming Hospice of a lengthy illness. He was born February 19, 1953 in Texas City, Texas to Benjamin Walker and Ola Mae Ghoston. He grew up and was educated in Texas, and worked various jobs in the restaurant industry as a cook. He worked as a cook in Texas, Utah, Oklahoma, and Wyoming. He was full of life and lived everyday to the fullest. He enjoyed spending time with his family and friends. He never met anyone that was not a friend.

He is survived by his daughter, Jessica, and her children Baiely and Braycee; sons, Ben. Jr. and Michael, and daughter, Deannai; sisters, Gracious Rimmer of Casper, Mattie Ghoston, Anna Marie Alford, Helen Smallwood and Theresa Henderson, all of Texas, and Tammy Strayhorn of California, brothers, Kenneth Marion Jr. of Casper, Travis Cleaver of Texas and Rusty Phillips of Oklahoma, and numerous nieces and nephews.

He is preceded in death by his maternal grandmother, Evelyn Steger, mother, Ola Mae Moore, father, Benjamin Walker, and several aunts and uncles.

To order memorial trees or send flowers to the family in memory of Benjamin Walker, please visit our flower store.