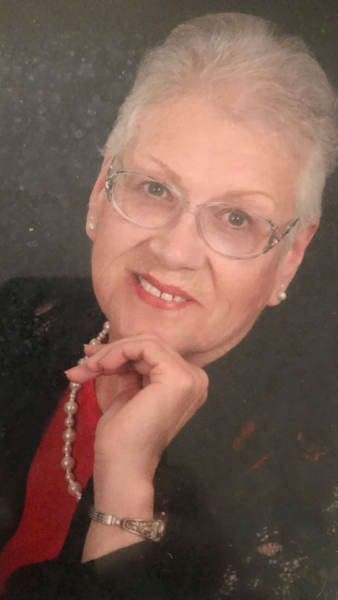 Brenda Sue Clark of Casper, WY passed away at the age of 71 on November 12, 2020 in Aurora, CO from complications after an extensive heart procedure. She was born April 22, 1949, the only child to Mary Lou and Darwin Clark.

Brenda was raised in Riverside, CA and lived there until moving to Glenrock, WY in 1992. She graduated from Ramona High School in Riverside, CA in 1967. In October 1970 she married Roy “Duffy” Peterson. Together they had three children: Roy “Buck”, Dawn, and Derrel. Brenda and Duffy divorced in 1980. Duffy did remarry and later had a son, Matthew Peterson, whom, even though they never met, she loved and made sure his children received birthday and Christmas cards every year. Duffy had a daughter, Dorette Peterson, from a previous marriage, whom she also treated and loved like her own.

Brenda also lived in Cabot, AR while being a caregiver to her father after her mother’s passing and also drove a school bus. The kids on her bus knew she’d always have something for them, usually stickers or something else she could buy in bulk. She moved back to Casper, bringing her father and their two dogs with her, so she could be closer to her children and grandchildren.

Brenda lived by the motto, “Never too late for a happy childhood.” She was ALWAYS doing something. Every Wednesday she would have lunch with a group of friends she called the Queenagers, which she very much looked forward to every week and enjoyed. Among this group were sisters who she referred to as the Ya-Ya’s. One of the Ya-Ya’s was Jane, who Brenda was very close to. They’d spend time together laughing, sharing stories, venting, and finding treasures at yard sales or thrift stores. While living in California, she and her friend Becky would drive around Beverly Hills picking up more treasured left curbside. In 2009, at the age of 61, she was Rookie of the Year with the Casper Speedway. The car was painted pink for breast cancer awareness for she was a breast cancer survivor. Her combined experience of driving a stock car and school bus made for interesting experiences while being in the car with her; She’d rev the engine when waiting at red lights to turn green and take very wide turns.

Brenda was a member of Eastern Star, Jobs Daughters, Red Hats Society, and briefly volunteered for Joshua’s food pantry. Many knew her as the lady walking (sometimes juggling) two dogs. Many of her children's friends called her “Mom.” Many also knew her as Nana.

Some of Brenda’s most favorite things were the sound of babies laughing, baking with her grandkids, watching Dancing With The Stars, going to her grandsons football games, collecting cobalt blue dishes and glassware, collecting Dachshund figurines, and being crafty.

Brenda is preceded in death by both her parents, her Aunt Bobbie, and Uncle Ron.

Services will be arranged for sometime during the spring or summer 2021.

To order memorial trees or send flowers to the family in memory of Brenda Clark, please visit our flower store.