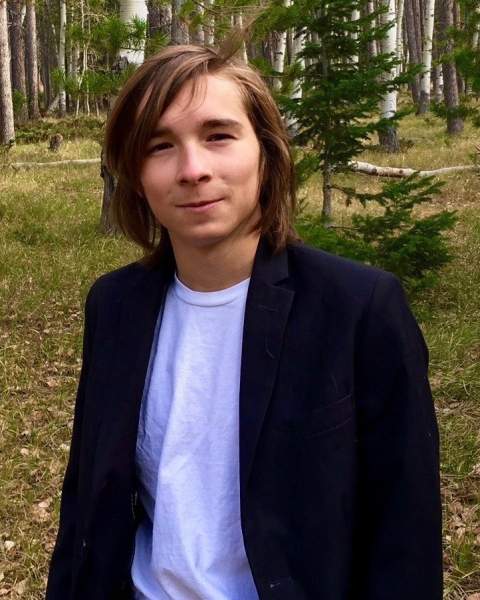 Brendan Matthew Amelotte came into this world in Newport Beach, California, late one night in May of 2002, when air was warm and the jasmine was in bloom.  He was, according to the nurses, the “most beautiful baby in the nursery”— beautiful, yes, but squalling like an indignant baby bear cub, forever earning his nickname of “bear.”

His parents brought him to Casper when he was two, and he registered his initial dissatisfaction by occasionally throwing popcorn at his mother on the journey and making fists at the wind when they arrived.  He did not like the cold.

But the beauty of Wyoming soon captured his heart, and he often yearned to be outdoors – camping, hunting, hiking, exploring.  As he grew older, he looked forward to every fall and to every hunting season, when he could spend precious days with his dad and other men he admired.

An avid debater, Brendan kept his parents on their toes with his quick counterarguments and his sparkling wit.  The stories of his (failed) attempts at persuasion will live on in his family for generations.  His four younger siblings, careful students of his example, have yet to match his enthusiasm.  And they miss him deeply.

His parents used to caution him about setting a good example for his brother and sisters.  But in fact, he set an example that many couldn’t match.  He worked hard and had high standards for his efforts.  He was grateful to work for the wonderful people at Local Lawn Care and most recently, with the outstanding team at Polar.

From his mom he learned a love of music and soon he enjoyed playing the guitar his papa gave him for his birthday.  He played popular songs, but also wrote songs on his own and with his friends.  Initially shocked to learn that he enjoyed the same genres of music as his parents, Brendan came to share his new musical discoveries with his family.

From his earliest days of childhood, Brendan loved pushing people’s buttons.  He loved to laugh.  He loved to play pranks.  He loved teasing his parents about outrageous plans that he had no intention of carrying out.  In his heart he was a rock star, a pirate captain, the hero who saves the day.  To us he was all those things – and a beloved son, brother, grandson, nephew, cousin, and friend.

From now on when the jasmine blooms, when the autumn turns our leaves to gold, when someone strums a guitar, when we hear a witty retort or a joke that makes us laugh so hard we have to catch our breath, when we scent the pine air and catch sight of a favorite mountain path -- from now on, and in whatever we do, we will carry him in our hearts.

Brendan set off ahead, taking his own mountain path on August 14th, and those trailing behind include his mom, Nikki; his dad, Patrick; his siblings – Moira, Nola, Mick, and Rowan; his grandparents – Randy and Jann (Oklahoma), Steve and Bonnie (Arizona); his aunts and uncles – Janna, Benn and Desiree (Oklahoma), Trent and Amy (California), Chris and Somer (Washington), Jamie (Michigan), Ty (Arizona); his honorary aunt and uncle – Kyleen and Carter Braxton (Casper); his uncle Zoby (Casper); and more cousins and friends than we can list.  Waiting for him at the end of the trail were his great-grandmothers, Norma and Ensey (Oklahoma), his grandma Pam (California), and the multitudes of his forebears who no doubt greeted him with open arms.

To order memorial trees or send flowers to the family in memory of Brendan Matthew Amelotte, please visit our flower store.