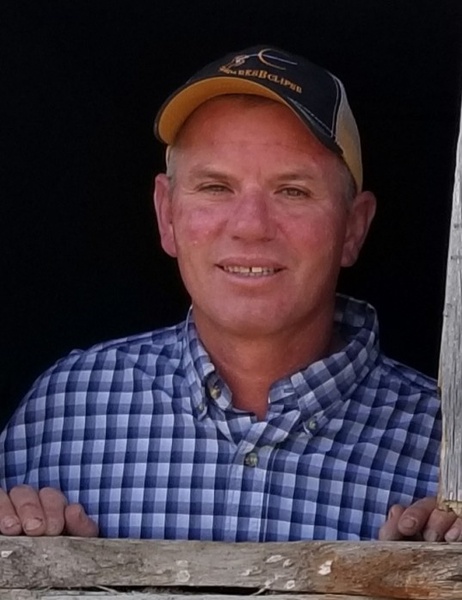 Bret was born in Butte, Montana to Robert and Barbara Whitaker on July 31, 1971.

Bret went to Highschool in Midwest and graduated in 1990. Bret served in the Navy for three years before he was Honorably Discharged. Bret worked numerous jobs in the oil industry for 30 years.

Bret’s love of sports won him numerous awards and trophies growing up. Which includes basketball, football, wrestling, boxing and baseball.

Bret enjoyed spending time with his wife and kids. Watching his kids play sports, participate in 4-H activities and camping with his family at “the spot,” brought him a lot of joy.

Bret is preceded in death by his parents, Robert and Barbara Whitaker and brother Bart Whitaker.

A reception will be held following services at the Casper Shrine Club 1501 W 39th St. Casper, Wyoming 82604. In lieu of flowers, donations can be made to the Scott Alan Miller Memorial Scholarship at Casper College, 125 College Dr. Casper, Wyoming 82601 In Memory of Bret Whitaker.

The family of Bret Whitaker would like to give a special thanks to all the medical staff at Swedish Medical Center in Englewood, Colorado, Wyoming Medical Center in Casper, WY, Sergeant Courtney with the NCSD, Betty and Dale Birkle, Cyndi Miller, Susi Miller, Barbara Adams, Jeane Shreve, Pastor Nathan Doerr, and all of the personel at Basic Energy Services.

To order memorial trees or send flowers to the family in memory of Bret Whitaker, please visit our flower store.