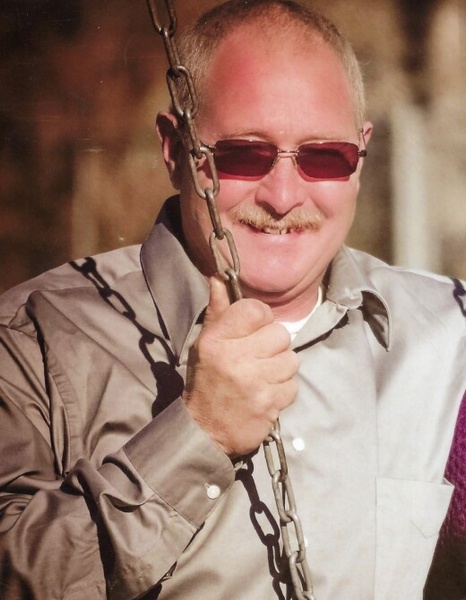 Bryan Keith Harmon, of Casper, Wyoming, passed away peacefully at home, in his sleep, of natural causes on October 26, 2020.

Bryan was born November 11, 1964, in Elkhart, Kansas, to Loyd Royce Harmon and Lorella Ann Libertus. He attended Lindbergh High School in Renton, Washington, and later graduated from UTI in Phoenix, Arizona, with a Doctorate in Diesel and Automotive Motors. He liked to say he was a Doctor but left out the motors part.

Bryan started his career as a Master Mechanic and worked for 10 years at USA Trucking. Later, he joined WYO DOT (where he got his nickname Rerun) fixing the State’s vehicles for 14 years. He always said he was to blame if a person was pulled over because he helped keep the patrol cars running.

Bryan met wife of 27 years, Lyla J. Harmon, in Casper, Wyoming. They were married on July 17, 1993. He became not only a Husband but a Stepdad, minus the step. He couldn’t talk enough about the kids who had come into his life and he treated them as if they were his own kin. He also loved being “Papa Goober” to his grandbabies.

Bryan will be remembered for his big heart and personality, his honesty, being the biggest overgrown toddler ever, his fashion of flannel and loud, bright Hawaiian shirts. He was good at fishing but aspired to losing less lures. His favorite movies were “How the Grinch Stole Christmas” and “O Brother, Where Art Thou?” He claimed to be a bah hum bug, not that anyone believed him. He loved rock music, especially anything with a GREAT drum beat such as Rush, Genesis, Metallica, Creed and Boston.  Fond memories of Bryan include spending hours teaching his kids and siblings to drive, pressing and turning all the buttons in the vehicle, searching through the center console and glove box, and playing with (riling up) the kids at family gatherings. Great words of wisdom he leaves us with are, “It’s only illegal if you get caught” and “It’s ok to do five miles-per-hour over the speed limit.”

Per Bryan’s wishes, there will be no services. As Bryan loved animals, the family asks that, in lieu of flowers, donation be made in his honor to a charitable animal shelter. Final wishes have been entrusted to Bustard & Jacoby Funeral Home. Condolences may be shared at www.bustardcares.com

To order memorial trees or send flowers to the family in memory of Bryan Harmon, please visit our flower store.