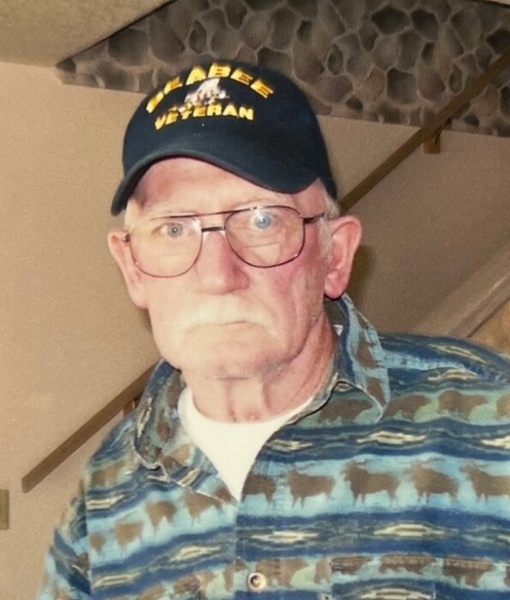 Bryan Jack Westcott passed away on April 7, 2022 at Wyoming Medical Center at the age of 81.  Bryan  was born to Virginia Ryan Westcott and Gurney Westcott in Alpena, Michigan on November 18, 1940.  He attended schools in Atlanta Michigan and graduated from Atlanta High School in 1959. Bryan and his father came to Wyoming to hunt when he was growing up. He enjoyed the times hunting, fishing and trapping beaver with his dad. Perhaps this is what drew Bryan to Wyoming.

Bryan was proud to have served his country in the United States Navy. He served four years active duty and two years  in the reserves. After finishing boot camp, he was ordered to attend Seabee Construction School in Port Hueneme, California. Upon graduating, he was assigned to the MCB10  Construction Battalion. Following his training as a Seabee he was deployed to Guam, Adak, Alaska, the Philippines and finally Vietnam. Following his years of service, he was honorably discharged. He then returned to Michigan and worked with his dad in the construction business  He also continued to learn the construction business from his cousin at Steel Structures in Casper.

Bryan and  Cheryll (Zuech) Westcott were married on June 14, 1980 at Our Lady of Sorrows Catholic Church in Rock Springs, Wyoming.  Bryan and Cheryll  decided to make their home in Casper, Wyoming.  He had a successful career as a union carpenter, and he also  owned and operated CB Locksmith Company in Casper.  Bryan became very active with the Vietnam Veterans group. For many years he made trips to Scottsbluff, Nebraska to march with his Veteran friends in the Veterans Day Parade. He was a true patriot.

. Bryan was an avid hunter. His last hunting trip with his dad  was in Idaho on a successful mountain lion hunt. His last hunting adventure was in the Northwest Territory Artic Circle on a successful 7 day Musk Ox hunt. Bryan built and enjoyed his trophy room and was proud to show his big game trophies to his many friends while at the same time entertaining them with his sense of humor. He also enjoyed golfing, riding his motorcycle, and taking his dogs for rides in his truck.

Bryan is survived by Cheryll, his wife of 42 years, his sister Kelly Woolman (Bob) of Florida, and numerous nieces, nephews and his poodle Ruby.

He was preceded in death by his parents Gurney and Virginia, brother Jeff and sister Candy.

Services will be held at Oregon Trail Veterans Cemetery Evansville, Wyoming Thursday April 21 at 11 am.

Donations in his memory may be made to the Casper Humane Society, Food for Thought in Casper or the charity of your choice.

To order memorial trees or send flowers to the family in memory of Bryan Westcott, please visit our flower store.