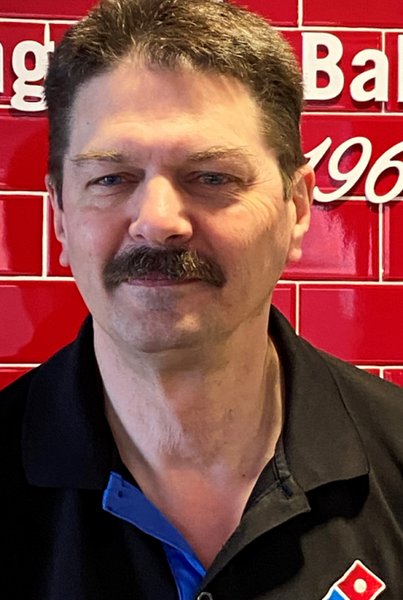 Carl Nicholas Hahn Jr. passed away May 1, 2022, in Casper, Wyoming, after a short battle with brain cancer with his loving family by his side. Carl was born May 19, 1964, in Seattle, Washington to parents Carl and Edie Hahn. When he was three years old his family relocated to Edgerton, Wyoming. In 1970, his family moved to Gillette, Wyoming where he graduated from Campbell County High School in 1982.

Carl participated in many activities; especially skiing, photography, and DeMolay. He was a member of the Gillette DeMolay Chapter, becoming State Master Councilor in 1983. He had a knack for memorizing lines and could emcee an event at a moment’s notice. Carl spent many weekends taking the bus to Terry Peak to ski and having fun with his friends.

Carl attended the University of Wyoming, was a member of the Acacia Fraternity, and met Penny Million. They married in 1983, had two children (Rachelle and Christopher), and divorced in 1989.

Carl also attended WyoTech to study collision-refinishing-technology and eventually became the dorm manager at WyoTech. His schooling enabled him to work at jobs in Summit County and Greeley, Colorado.

Carl’s love of skiing brought him to Snowy Range where he became a ski instructor. He was an accomplished skier and could easily ski any terrain in all types of weather conditions. He loved teaching people to ski, from 3-year-olds to seniors. He was kind and compassionate so they enjoyed taking lessons from him. Carl met his future wife Anna Baker Hahn in 1990. They shared their love of skiing -- joking that after they met, ‘It’s been all downhill since then.’ They married in 1995 and were happily married for 26 years, spending 33 years together. In 2003, they welcomed their daughter, Jennifer, to their family.

In 1990, Carl started working part-time at Domino’s in Laramie. He enjoyed it so much that three months later he joined the management program. Carl must have had pizza in his blood, as he stayed with Domino’s for 33 years. He found working at Domino’s to be highly rewarding, as it became a lifelong passion. Carl worked for the same franchisees, Jay Feavel and Steve Dolan for almost 30 years. He managed stores in Winter Park, Silverthorne, Fort Collins, and Timnath. He was a store manager, supervisor, and helped remodel and build new stores in Colorado, Wyoming, and Oklahoma. In 2020, Carl was able to move to the next level and opened his own store in Douglas, Wyoming. Becoming a franchisee was a dream that he was able to live for two years. Anna and Jenny joined him, they all enjoyed working as a family. Carl made a big impact on many of the lives of the people that worked with and for him at Domino’s and he is responsible for many people’s success in that business and in life.

Carl loved outdoor sports. He golfed, mountain and road biked, snowboarded, and skied. One summer while living in Winter Park, he rode over 2,000 miles on his mountain bike.

Carl was a kind man, making friends wherever he went. He had a quick wit, a constant source of trivial information, and had a sarcastic sense of humor. He was quiet and reserved, had a huge heart, and loved his family. He enjoyed skiing, biking, attending Avalanche hockey games, and participating in the many costume moped races in Gillette. He wished he had more time for all his interests and activities, especially those with his family. Carl was fiercely proud of becoming a Domino’s franchisee.

Carl is preceded in death by his grandparents, Anna and Robert Pettigrew of Acme, Washington, grandmother, Kathleen Hathaway of Bellingham, Washington, and grandparents, Pearl and Nick Hahn of Edgerton, Wyoming. Carl is survived by his parents, Carl and Edie Hahn of Gillette, wife Anna Hahn, daughters Rachelle Hahn (Simon Jarmy) of Royalton, Vermont, Jennifer Hahn of Fort Collins, Colorado,   son Christopher Hahn (Kristi) of Layton, Utah, granddaughters Iris and Dove Jarmy, Adelaide Hahn and grandson Conrad Hahn, his brother Patrick Hahn (Alison) of Littleton, Colorado, aunts, uncles, and numerous cousins. Carl will be greatly missed and his kindness and pizza knowledge will be remembered fondly by those who knew and loved him.

In lieu of flowers, donations can be made in his honor to the Shriner’s Hospital and Domino’s Partners Foundation. There will be a celebration of Carl’s life on June 6, at 1:00 pm at The Lyric  230 W. Yellowstone, Casper, Wyoming.

To order memorial trees or send flowers to the family in memory of Carl Hahn Jr., please visit our flower store.