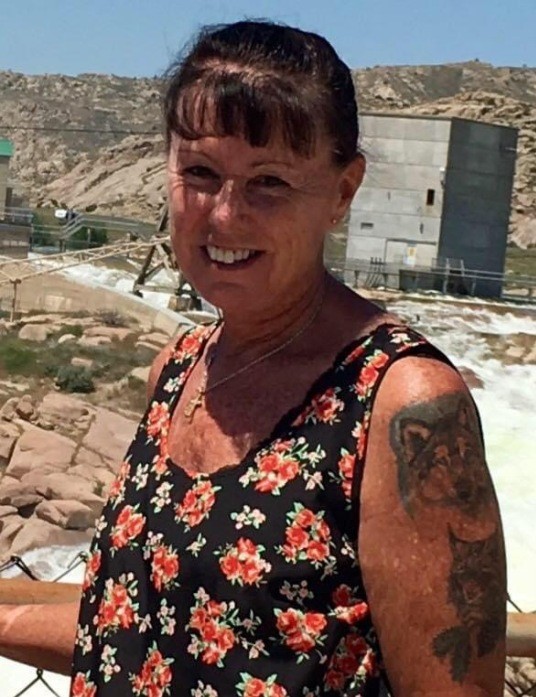 Carnot Renee Bearnson, age 60, of Casper, Wyoming, passed away peacefully on Wednesday, June 9, 2021, at Central Wyoming Hospice. She was born a twin on March 2, 1961, to Robert and JoAnn (Chick) Chase in Loma Linda, California. She graduated from Olean High School – home of the Huskies, in Olean, New York. She won the New York State Swimming Championship in backstroke for the YMCA in high school. She attended college in Olean, New York at Jamestown Community College and graduated at the top of her class – a valedictorian.

Carnot’s pursuit for further education brought her to Wyoming where she resided in Laramie and attended the University of Wyoming. Later, her twin brother and parents relocated to Wyoming and landed in Rock Springs, due to her father’s career as a Petroleum Engineer and she shortly followed. While living in Rock Springs, she joined to her family two children, Joey and Hallie. After 10 years in Rock Springs, the family relocated to Casper. Casper was established as her home for the remainder of her life and where she raised her children. Most of her life she worked with the public in various positions and had a natural ability to brighten anyone’s day.

Casper is where Carnot met her loving spouse Billy Kunz, who stood by her through thick and thin. She loved to spend every minute possible with her family. A few of her favorite hobbies included spending time outdoors, vacationing to Hawaii, and caring for her beloved pets, most recently Reba and Teddy, among other various animals that her children forced upon her.

Carnot is preceded in death by her father, Robert Chase.
No services will be held per her request.

To order memorial trees or send flowers to the family in memory of Carnot Bearnson, please visit our flower store.