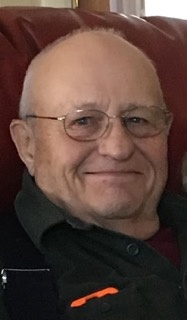 Charles Daniel Braig was welcomed by parents Charles Emery and Jesse Jean Gordon Braig on July 19, 1946, who instilled their love of all things outdoors in his very soul before they passed. He joined the third generation of the family to live his life in Rawlins – and loved every aspect of that blessing. He attended Sunnyside Grade School, RJH, RHS (graduated 1964) and Casper College making many life-long friends in the process. He was happiest when in the country anywhere in the state of Wyoming – fishing, hunting, trapping, and roaming where others may fear to tread – and often getting stuck in the process! He fondly remembered his time fencing, riding, roping, branding at the Miller Ranch. He graduated Officer Candidate School for the US Army in May of 1967 and served his enlistment in Germany.

He married his loving wife, Carol Jean Naylor Braig on August 30, 1975. They produced two fourth generation Rawlinsites – Colton Daniel (Amy)Braig and Whitney Marie Braig (Sylvan) Merrell. He was blessed with four incredibly special grandchildren, Wyatt and Audrey Braig, Ellie and Emery Merrell.  They were the light of his life!!

Dan spent 30 years as an engineer for the Union Pacific Railroad, the last 9 of which he doubled as a volunteer trapper for Wildlife Services.  After retirement from the UP, he spent 14 years as an employee for WS getting paid to hunt, trap, and help area ranchers while basking in the sunshine – or the snowstorm - in the country he loved. He re-retired in 2020 due to medical issues.

Dan is survived by his wife, children, and grandchildren as well as sisters Beverly Jean Braig and Charlene Braig Abbott, many nieces and nephews, a sister-in-law, two brothers-in-law and many good friends for which the family is profoundly grateful.

Dan was a loving, grumpy, opinionated old poop, and we will miss him terribly!

Services will be held Saturday, October 23, 2021 at 1pm at the Rawlins Cooperative Parish.

To order memorial trees or send flowers to the family in memory of Charles Braig, please visit our flower store.