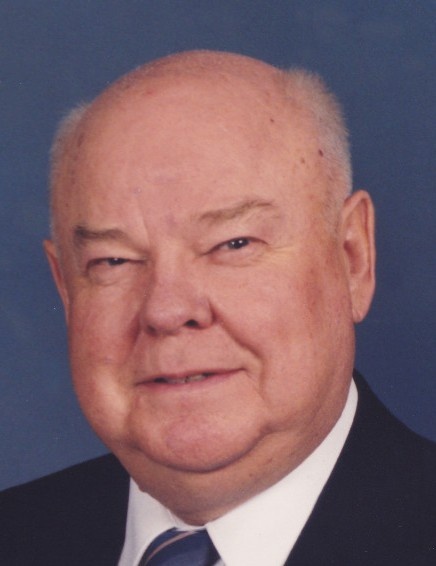 Charles E. Burlingame (Charlie), 93, passed away peacefully on December 6, 2021 with family by his side after a brief battle with cancer.  Charlie was born on March 23, 1928, in the farming community of Lucerne in northwest Missouri.  He spent his childhood living and working the family farm with his parents and his older sister Mary.  Together, Charlie and Mary attended school in a one room schoolhouse.  His father, and namesake, Charles E. Burlingame Sr. died when Charlie was 8 years of age in 1936.  Charlie graduated from Ravanna High School in 1946 and soon after enlisted in the United States Army Air Force.  After basic training, he was sent to Japan as a part of the post-World War II occupation force, where he remained for 2 years.  Upon being honorably discharged from the Army Air Force in 1949, with the rank of Sergeant, Charlie worked several jobs, most memorable for him was with the Chicago and North Western Railroad Company which allowed him to see the country.

In 1951 Charlie was attending Chillicothe Business College in Chillicothe, Missouri when he met the love of his life, Catherine A. Whitman of Casper Wyoming.  They graduated together and were married on January 20, 1952 in Casper Wyoming.  Shortly thereafter Charlie found employment at the Amoco Oil Company Refinery in Casper and worked there for 29 years in various managerial roles.  While in Casper, Charlie became an avid golfer and was active in the community, serving on the Civil Service Commission, managing numerous Community Recreation Activities, and actively supporting the Casper College Thunderbirds Basketball program.

In 1981 Charlie was transferred to Denver Colorado where he served as the Human Resources Manager for the Amoco Pipeline Rocky Mountain District.  In 1987, after a total of 35 years of service, Charlie retired from Amoco.  He and Catherine then returned to Casper where they enjoyed their golden years, snow birding in California most winters and having a home, which they named “Charlie’s Pride”, at Alcova Lake for the summers.  Charlie and Catherine lived together happily for 67 years until Catherine’s death on March 4, 2019.

Charlie and Catherine had three sons who all survive their parents and two surviving daughters in law.  These being David Burlingame (Casper, WY), Ronald and Cecelia Burlingame (Portage, IN), and Kenneth and Tracy Burlingame (Parker, CO).  Charlie is also survived by four grandchildren and eight great grandchildren most of whom also live in Casper.

In consideration of COVID and aligned with Charlie’s wishes, there will no public services.  In lieu of flowers please donate in Charlie’s name to the American Red Cross.

To order memorial trees or send flowers to the family in memory of Charles Burlingame, please visit our flower store.