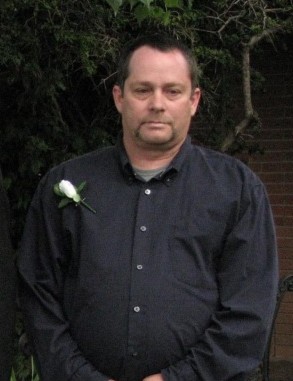 Chuck was born in Billings, Montana, January 22, 1965 to Alvin Leon and Ellyn Dee Farley(Black), and was the oldest of four children. In 1967 the family moved to Tacoma, Washington. Chuck lived and  grew up in various cities in Washington until the family relocated to Douglas, Wyoming, in 1980. Chuck attended High School in Douglas and resided there until he moved to Casper for work in 1986. That began his lifetime of working in the oil field.

Over the years Chuck held many jobs in the industry. Working for Updike, Miracle Painting, and later Crown(Stewart and Stevenson) for almost 15 years were among the jobs he was most proud of. Chuck was well known in the oil field for his work ethic and made many friends over the years. In later years Chuck worked as a Maintenance Supervisor at The Hat Six Travel Plaza. He enjoyed the many friendships he made there.

Chuck was married in 1988 to Sharon Malcolm and they had three sons. He had two children previously, a son and daughter.

Chuck loved the outdoors and over the years was an avid hunter and fisherman. He loved spending time with family by a lake or river and there isn’t anyone close to Chuck that doesn’t have a fishing story to tell. He also loved getting together with family and throwing something on the BBQ. All through his life he especially enjoyed working on rigs, mechanicing, and painting, and passed on his knowledge to his Brothers and Sons. He was proud of his Children and Grandchildren.

Chuck was incredibly loved and will be greatly missed by his entire family and many friends, but we know he is sitting by a lake somewhere,,,,,,,until we meet again!!!

The memorial service for Chuck will be Friday, May 28, 2021 at 1 pm at Fort Caspar Campground Lodge, with a Celebration of Life to follow at Edness Kimball Wilkins State Park at 3 pm at the Centennial shelter (closest to the boat ramp). Bring a chair and your favorite beverage and help us celebrate Chuck!!!

To order memorial trees or send flowers to the family in memory of Charles Farley, please visit our flower store.