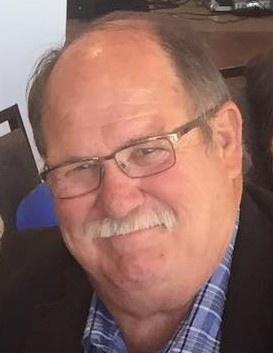 Charles "Charlie" Lee Norris was born in Newcastle, Wyoming on May 12, 1953 to Elbert and Doris Norris. Charlie was the second of four children of Doris and Elbert. He grew up 8 miles west of Moorcroft in the True Camp, attending school and graduating Moorcroft High School in 1971. Charlie was class president, student body president twice, and was voted best dressed despite his uncanny inability to keep any clothes clean.

Charles was a unique person with his kind heart and loving disposition. He never had a hard time making friends or meeting new people. In fact he was the kind of person others attracted to for advice, comfort, or knowledge. Standing over 6 foot and weighing 275lbs, he could look intimidating but yet was commonly called a “gentle giant.”

Charles attended Rocky Mountain College in Billings, MT where he obtained a Bachelor's in Mathematics and Economics.  After college he went to work on the Alaska Pipeline on the North Slope as a project manager and statics engineer. He called Alaska home for the following seven years. Charles returned home to Wyoming to be close to his family.

In 1983 he met the love of his life, Cindy, at a little diner in Rozet. They married in Gillette in 1984, and moved to Oklahoma. Later that year they were blessed with a daughter, LaRee. In 1985 they moved to Casper where Charles took a job working for True Oil Companies, where he retired 35 years later as a Corrosion Technician for pipeline Cathodic protection.

The summer of 1995 Charles and Cindy were blessed with the surprise the birth of their second daughter Laura. Laura was such a wonderful addition to the family and gave Charles a new sense of energy. The Norris family were avid campers and took Laura camping at two weeks old. Charles enjoyed his time in the mountains and was always fishing, boating, hiking, four wheeling, or sitting around the campfire. You would find him almost every weekend in the mountains from May to October.

Charles loved sportsand excelled in them.  During high school he took all state in wrestling, shot-put, and football. During college Charles played football, wrestled and weight lifted. He was invited to try out for the Olympic Weight Lifting team in 1974. He opted not to go, but always kept athletics close to his heart. He watched every high school and college football, wrestling, or basketball event he could no matter the school or if he knew a player. He had a deep love for sports and respected the games.

Services for Charles at Paradise Valley Christian Church (188 Valley Drive, Casper) on Monday May 24th at 3pm, with a reception to follow. A viewing will be held from 11am to 3pm prior to the service.  A live streaming of the services can be watched on  www.pvcc.info

The family ask in lieu of flowers, a donation be made in Charles Norris name to the Wyoming High School Activities Association.

To order memorial trees or send flowers to the family in memory of Charles "Charlie" Norris, please visit our flower store.