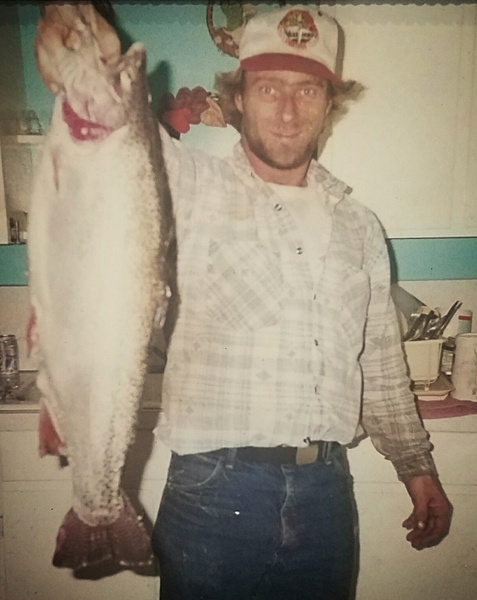 Charles “Chuck” Daniel Whitehead, age 60, of Casper, Wyoming, passed away on October 4, 2021. He was born July 5, 1961, in Casper, Wyoming. Chuck lived most of his life in Casper, except for a short time when his mother, Alice, moved him and his sisters, Ruby and Reba, and brother William “Bill” to Maryland. His family, all except Bill, ended up moving back to Casper. Chuck decided to drop school and join the workforce. His first job was at J.W.Williams as a swamper. Within a year he was working for the company as a welder. He worked long hours and became a very skilled welder and received many recognitions from the company. In 1999, Chuck decided to earn his GED and received it in a graduation ceremony at Casper College. He continued to work at J.W.Williams for many years. He eventually ended up working at CVIC where he enjoyed partial retirement. Chuck never married and did not intend to have kids. He viewed his nieces and nephews as the kids he didn’t have and loved them as such. His whole world changed when a daughter he was unaware of came into his life. He was overjoyed to discover that he had not only a daughter, but also a granddaughter. Chuck had the warmest smile that could just light up a room. Chuck had many passions throughout his life. His favorite football team was the Ravens. He enjoyed eating a bowl full of chocolate ice cream. Chuck had a deep love for classic rock. His greatest passions were taking his family rock hunting and fishing. It was his goal to share his knowledge with those that were willing to learn. He worked hard early in his life so he could spend his later years with doing the things he loved with his family. He was always there for his family and never failed to step up when he saw they had a need. Chuck is survived by his dad Jimmie Nicholson, daughter Mari Geisner (Doug Geisner), nieces Samantha Ohst (Jonathan Ohst), Krystal Garcia (Andy Garcia), Kyann Dutton, nephews Justin Curtis (Cassie Curtis) and Levi Riddle, grandchildren Naomi Geisner, Christian Geisner, Logan Geisner, grandnieces Elle Shaw, Lea Ohst, Evalynn Garcia, Lilou Dutton, Madalynn Curtis, Cooper Curtis,  and grandnephews Jayden Shaw, Caleb Ohst, Riley Ohst, Julian Garcia, Cameron Walker, Jamesin Burgess, Quinten Curtis, Theodore Curtis, many cousins including his best friend Mike Hixon (Monet Hixon). Chuck is proceeded in death by his mother Alice Nicholson, brother William “Bill” Whitehead, sisters Ruby Curtis and Reba Riddle. There will be a memorial for Chuck in the spring of 2022 in Casper, Wyoming.

To order memorial trees or send flowers to the family in memory of Charles "Chuck" Whitehead, please visit our flower store.