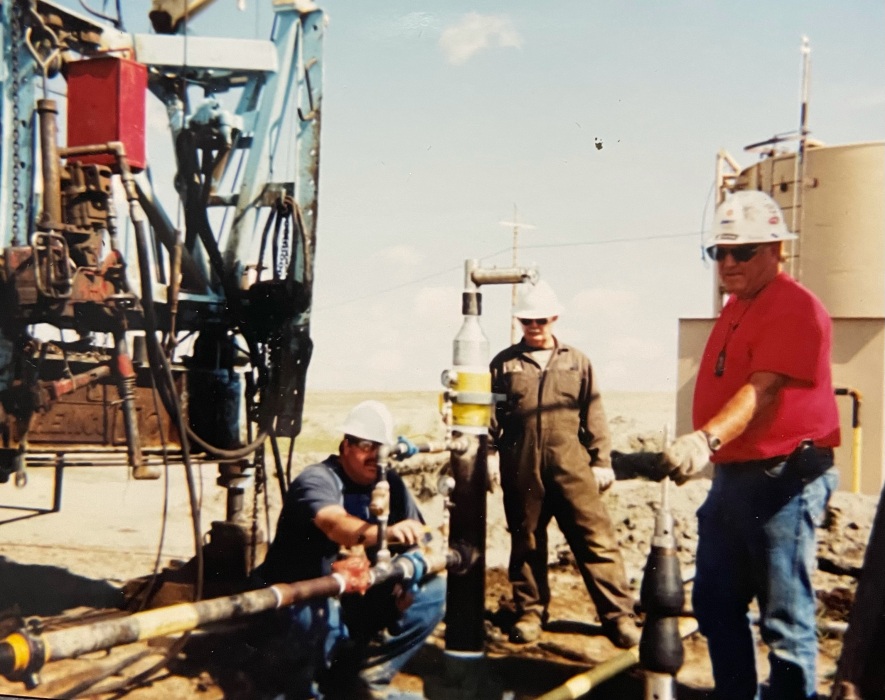 Claud Dickey was born at the home of his parents, C.S. and Hertha Dickey on August 28, 1941 in Aspermont, Texas. He died at his home on October 19, 2021 in Midwest, Wyoming at the age of 80. Claud's family moved from Texas to Wyoming in the early 1950s. He grew up in the small towns of Kaycee, Edgerton and Midwest. He loved being a wild child with plenty of things to do like hunting, fishing and tending to stray animals. He went to work on the oil rigs at age 15 years old. He quickly moved up in the ranks from being a floor hand to running his own consultant business and was known as one of the most knowledgeable men in the Salt Creek oilfield. The oil field was his passion. Claud worked hard and he played hard. His many interest were golfing , fishing, treasure hunting at old homesteads and playing the guitar just to name a few. He loved his grand kids and was like a big kid when he was around them. Claud loved to read to gain insight and adventure. He left school with an eighth grade education, but then graduated from college at the age of 61. Claude leaves behind a large family. His brothers John (Sharon) and Jerry (Joyce) Dickey; sisters Koleta VanNorman, Carol Hudson and Merry DIckey; his children, Cathy Greene, Shelly (Milo) Mondle, Connie (Brook) Meyers ; son Matthew (Hylise) Dickey; Grandchildren - Amber (Patricio) Garcia, Daniel (Nancy) and Zach (Elisa) Smith, April DArezzo, Kyle (J Parson) Greene, Emily (Spencer) Allyn, Trisha (Jeff) Blunsom, Shawn (Sheena) Dickey; Great grandchildren - Brady, Hayley and Kyler Smith, Jasmine, Joseph and Willow DArezzo, Cruz Garcia, Herbert Dickey, Finn Woodchild, Zachary and Atleigh Smith, Quinton Blunsom, Sevyn, Syla and Saylem Dickey, Trevor Guthmiller. Claud was preceded in death by his parents, sister-Etta Henderson, brother-Tad Dickey, son-Claud (Bo)Dickey II and granddaughter - Kaylene Enloe.

Service will be in the summer up on the Big Horn Mountain. To be announced at a closer date.

To order memorial trees or send flowers to the family in memory of Claud Dickey, please visit our flower store.