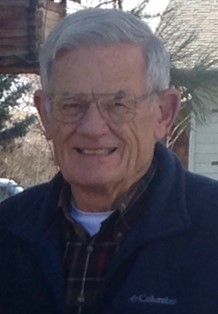 Marion Reed died Saturday, June 11, 2022, at Wyoming Medical Center of heart failure at the age of 82 in the company of his wife, son and daughter-in-law.  Marion was born November 19, 1939, in Macomb, Illinois.  Marion graduated from Macomb High School and enlisted in the Marine Corps.  In the Marines, Marion was an expert marksman, a Remington Raider (clerk typist) and played on the Twentynine Palms base traveling football team.

Following his enlistment, Marion returned to Macomb where he met J. Annette Wetzel and married her in 1964.  Annette was the love of Marion’s life, and they remained married for nearly 58 years until Marion’s death.

In 1970 Marion and Annette moved to Sheridan, Wyoming where they found their true home and where he would live for the rest of his life.  Marion worked as a Psychology instructor and dean of students at Sheridan College and Annette taught PE in the public schools.  Marion loved hunting, fishing, camping, and golfing.  For many of their Wyoming years, nearly every summer weekend found Marion and his family in the Bighorn Mountains.  In 1977, Marion and Annette quit their jobs and purchased Big Sky Cabinets, renaming it Scotchman Home Center in honor of their shared Scottish ancestry. Marion took great personal pride in his work.  He installed stoves and built and installed cabinets and countertops at Scotchman for 27 years.  Marion was easily recognized by his height and build but will be remembered for his soft-spoken kindness.

Marion and Annette had one son Taylor, a beloved daughter-in-law, Charmaine and one grandson Quillan. Quillan was one of the brightest and most loved people in Marion’s life.  In retirement Marion enjoyed his daily coffee group who he delighted working on projects with.  Marion and Annette also delivered meals on wheels and traveled regularly to see their son and his family in Florida until they were able to move back home to Wyoming.  Marion particularly enjoyed trips to watch Quillan play hockey.

He was preceded in death by his parents, Clarence and Dorethy (Barclay) Reed. Marion is survived by his wife Annette, two younger brothers, Cliff who lives in Muskegon, Michigan, and Rich who lives in Sheridan, his son Taylor, daughter-in-law Charmaine who live in Casper and grandson Quillan who is interning in Wisconsin.

To order memorial trees or send flowers to the family in memory of Claude Reed, please visit our flower store.