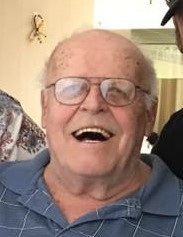 Dale Allen Shanafelt  passed away on December 31,2020 from complications of COVID.  He was born on October 2, 1942 in McLeansboro, Illinois to Wilson M. and Mildred C. (Allen) Shanafelt. They moved to Casper Wyoming when he was a young Boy.

He was married twice to 2 very special ladies. He married Mildred Satter in 1963. To this union 2 children were born. They divorced and he then married Shirley Carlsen. They had one son they also divorced.

He spent his younger years at various jobs including working at the Henning and Townsend hotels, and various businesses around Casper. He eventually began driving truck which he did for many years until starting a pipe service company with his wife Shirley in Williston, North Dakota. He returned to truck driving and  drove a taxi before retiring.

He enjoyed hot rods, motorcycles, and bowling.  In recent years, you could often find him at the casino or visiting with friends at Ghost Town truck Stop or Casper’s Good Cooking over a cup of coffee. He usually had a joke or 2 to share with anyone who was willing to listen. He became a resident of Life Care center in 2017. Here, he spent many hours sitting by the front door greeting everyone and harassing the office staff. It was his way of saying he liked them. He was blessed to have his sister, Dixie as a lunch companion many times. He always looked forward to her visits.

He was preceded in death by both his parents, step dad Hal Snyder, sister CoAnne Nix and brother Kenneth Shanafelt. Due to the current pandemic, the family will have a celebration of his life at later date. In Leu of flowers please send any memorial donations to Life care center of Casper.

To order memorial trees or send flowers to the family in memory of Dale Shanafelt, please visit our flower store.