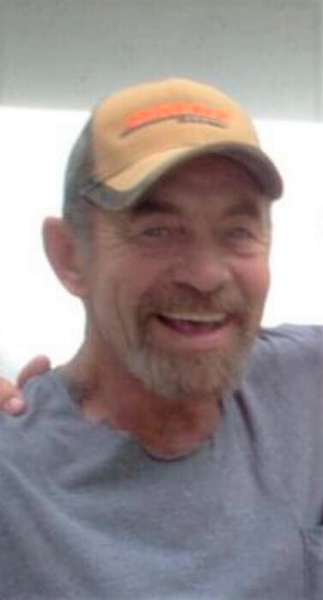 Danial Charles Leach was born in Scottsbluff, Nebraska on August 21st 1956 to Vernita and Jerry Leach.  Danny grew up in the Gering-Scottsbluff area and was often found running a muck around town with his brother Rick.  He attended school there but school wasn’t his favorite activity to attend.  At a young age, Danny started a career with BNSF Railroad.  Although he dropped out of high school, he later returned to get his GED to further his career with the railroad.

Danny spent nearly 40 working years dedicated to BNSF Railroad.  He developed many skills, held many positions, and acquired many other accomplishments during this time.  Some of the positions he held in his career included track inspector, engineer, and operator of the largest BNSF crane.  He spent a lot of his time working and enjoyed his coworkers so much that he considered many of them family.

Outside of work Danny enjoyed spending his free time fishing, riding motorcycles, taking his grandkids out for ice cream, home renovations and always enjoyed a berry sangria at Red Lobster.  He dedicated a lot of his free time over the past couple decades to fully restoring his 1964 Chevy Impala.  He was often seen wearing his many hats and gear to show support of his son’s business, AWOL Well Service.

Danny will be remembered for his frequent stubbornness, always sticking to his guns, his fierce independence, his playful teasing toward the girls in the family, and for the love of his family, friends and Miller High Life.

Danny is preceded in death by his mother Vernita Leach, father Jerry Leach and niece Jaime Miller, who always held a special place in Danny’s heart.

Funeral service will be Saturday February 26, 2022 at 10am at Bustard & Jacoby Funeral Home in Casper Wyoming.  Reception will follow funeral services at The Shoreliner in Glenrock Wyoming.

To order memorial trees or send flowers to the family in memory of Danial Leach, please visit our flower store.