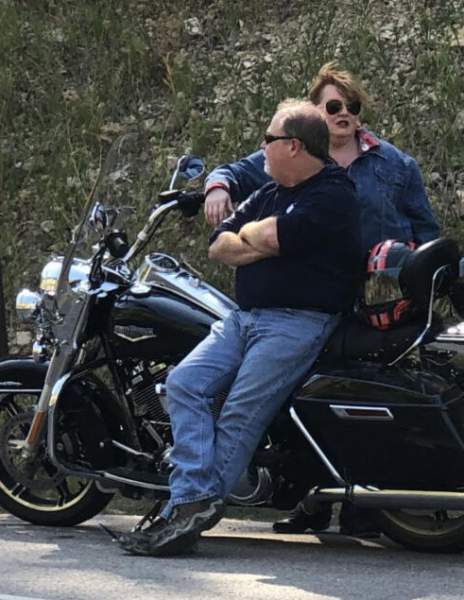 David Knight was born in Riverside New Jersey to Joyce and David Knight. He was a colicky baby who needed tons of attention and bringing him though his infant years was a community effort. Neighbors would take him for walks while he cried so that the family could have a small rest. He was a happy child with a big attitude. If he didn’t like something everyone knew it.

He overcame issues with his feet that required braces with gusto!! He became an amazing soccer player! When he was 12 he was playing on a men’s league team! He coached kids’ soccer teams from age 15 and was able to coach with Tandra while he lived in Texas.

He was an awesome big brother! Showing Sam how to bat, pitch, ride a bike, swing super high on the family’s tire swing, to play baseball, basketball, soccer, and darts. Dave and Sam fought, competed against each other, argued, played games, laughed, and loved each other. Sam will forever be thankful for all the love attention and support he had from his big brother Dave.

Dave had a hay day in high school! He was the life of the party, friend to all and always down for being part of the fun. His nickname in high school was “nuts”. This is because of a clothing issue with gym shorts checked out to him that were too short!! Also, he was a risk taker so “nuts” fits here too.

After Highschool Dave enrolled in the Navy. He was a System Organizational Maintenance Technician, and he is a veteran of a foreign war. He followed in his father’s footsteps here as David Sr was also in the Navy.

In 1995 he married Gayle Kinnison and became father to her children Tiera, Tandra and Kyler. During this time, he became a Jet Pilot. He worked many pilot jobs including private charter Jets, state correction and flying veterans.

Dave loved Darts! The sport, the people, and the culture. He shot darts first in his father’s basement around age 15 and each week until just before he passed.

After his divorce in 2014 he moved back to Casper. David worked for Grainger for many years earlier in his life and this was his last place of employment. He loved the people, the driving aspect of his job and his customers.

David remained a father in all ways to Tiera, Tandra and Kyler. He was grandpa to their kids, and it was a joy to be their dad for 21 years. He loved them all with his whole heart!

David met Kristi in 2017. Dave told his mom Joyce that Kristi was out of his league! We all know that Kristi is the love of his life. They traveled to many places, did the Bataan Death march together, rode together on his motorcycle and created a life.

Dave was very close with his mother Joyce. He would go for walks with her, take little hikes and make a fire just to roast a hotdog. We all know how much David loved hotdogs. He called and texted his mom several times a week and was always there to help her with anything she might need. He was like a father to Sam in so many ways when he needed to be. He was a loving uncle to his nieces Alexus and Aurora.

Dave was a big personality, he was very outspoken, opinionated, funny and loyal. He was the best kind of friend you could ask for. He loved and was loved!!! He made a big impact in this world, and he will be missed.

Services for David will be held at St Marks Church 701 S Wolcott Street Casper Wyoming 82601 at 1:00pm on Wednesday December 1, 2021. Reception will follow at the VFW 1800 Bryan Stock Trail Casper Wy 82601 where food will be provided. In leu of flowers please send a donation of any amount to Venmo account @kristilynnm.

To order memorial trees or send flowers to the family in memory of David Knight, please visit our flower store.