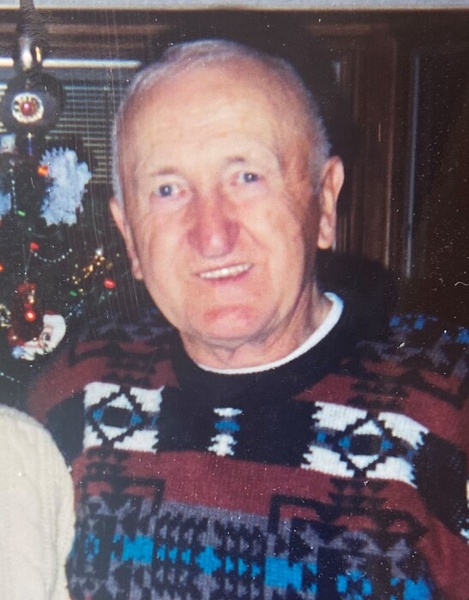 Dean Melvin Ravert, 92, of Casper, WY passed away on March 7, 2022 at Central Wyoming Hospice and Transitions. Dean was born June 11, 1929 in Dalton, NE to parents Lloyd and Viola Ravert. He graduated from Dalton High School and his family moved to Casper, WY in 1949. He worked on the Stukenhoff Ranch and then entered the U.S. Army in 1951. On December 29, 1951, he married Dolores Hougham. He worked for the Standard Refinery for 35 years, retiring in 1988. Dean loved camping in the Big Horns, hunting, fishing, snowmobiling, and playing golf. He bowled on men’s and mixed leagues for several years. Whenever anyone needed a helping hand, he was always there to help. He also worked for Don Bentz. He enjoyed cheering on his children and grandchildren in all of their activities. Dean was preceded in death by his parents, Lloyd and Viola Ravert; sons, Michael and Wade Ravert; and brothers, Dale and Bob Ravert. Dean is survived by his wife of 70 years, Dolores; daughters, Cheryl and Debbie (Wade); grandchildren, Garrett, Shellbie, Brianna (Austin), Mandy (Terry), Jason and Ben; great-grandchildren, Blakely, Jaysie, Cole and Ellie; and numerous nieces and nephews. Funeral services will be held March 14, 2022 at 2:00 p.m. with a viewing at 1:00 p.m. at Bustard’s Funeral Home. Pastor Angela Kay Haigler will officiate. Interment with military honors will follow in Memorial Gardens. A reception will be held at the Mills Senior Center, 401 Wasatch Ave. following the graveside service.

To order memorial trees or send flowers to the family in memory of Dean Ravert, please visit our flower store.