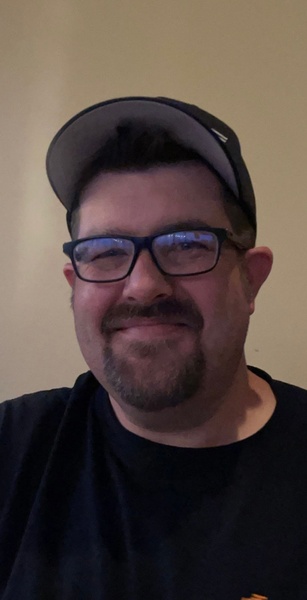 Our hero Derek Eugene Kellch of Maricopa, Arizona passed away on July 9,2022. Derek was born to Larry and Liz Kellch October 24, 1984 in Casper Wyoming. He attended Casper schools Verda James, Centennial and graduated high school at Kelly Walsh in 2003. After high school Derek earned his Diesel Mechanic and Machinist Degrees at Sheridan College in 2007. When Derek was in college he met his soul mate Kristy, who he married on August 8,2008. Derek and Kristy have two beautiful girls Kaytlynn 17 and Dahlila 12. Derek lived in Casper with his family until their move to Arizona in September of 2017. In Casper Derek worked as a machinist at TurnTec and Intermountain Pipe. Then in Arizona, he worked as a machinist for L&H. Many of his loved ones and people who got to know him described him as selfless, caring, warm hearted, generous, and compassionate. Derek would give anyone the shirt off his back. Derek's life was full with his family, his dogs, and his 1970 Ford Bronco. Derek is preceded in death by his grandparents Pat Garner, LaRae and Frank Kellch, Nephew Jackson Kellch, Uncles Steve and Brian Kellch, Aunt Wendy Rich, Cousin Michael Kellch.  He is survived by wife Kristy, daughters Kaytlynn and Dahlila, Mother Liz, Father  Larry, brother Jeremy, Grandpa Jack Garner, Nephews Jarrett and Judd, Niece Aspen and Mother in law Brigitte. A celebration of life is planned for July 23 at 3 pm at the Shriners Club, 1501 West 39th street Casper Wyoming. The family is requesting that attendees wear the color red as it was his favorite color.  Also, each guest will have the opportunity to speak and share stories and memories.  In lieu of flowers, words of strength and remembrance can be sent to Derek's Children, Kaytlynn and Dahlila at PO Box 328 Maricopa AZ 85139. A Memorial Fund has been set up in Derek’s name for his children at Reliant Federal Credit Union #307-234-1429.

To order memorial trees or send flowers to the family in memory of Derek Eugene Kellch, please visit our flower store.