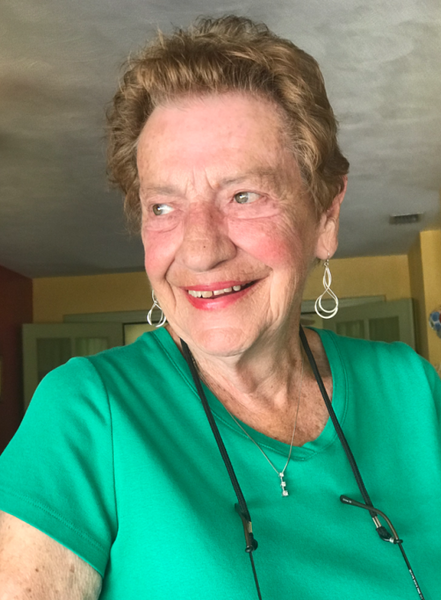 Dixie Mae O’Donnell (nee Costello) passed away peacefully with her daughters by her side on October 12, 2021.  Dixie was born on December 6th 1939. She was the oldest of 4 children born to Dick and May Costello. Dixie attended Natrona County Public Schools and graduated from Natrona County High School in 1958. She then attended Black Hills State College where she met and married Jerri Webster, the father of her two daughters.  After their marriage ended she was working at First Interstate Bank where she met Bill Kern.  Bill and Dixie married and Bill adopted Dixie’s 2 daughters. She was widowed when he passed away in 1976.  Dixie later married Bob O’Donnell. They enjoyed 23 years of work and travel together until Bob’s passing in 2007. After Bob’s passing Dixie met and spent the next 9 years with Leland Hunter until his death in 2017.  Dixie enjoyed going to the Casper Senior Center for classes and meals. It was there where she met Dick Shamley.  Dick and Dixie spent the next 2 years taking care of each other, cooking for each other and traveling until Dick’s passing a year ago this month.

Dixie was able to spend the last 12 winters in Southwest Florida near her oldest daughter, and continued to spend warmer months in Casper. As a hobby, Dixie took up watercolor painting and often took lessons to socialize and improve her skills.  She would often take her paintings to her beloved family reunions for the silent auction which she last attended in August, and now many of her paintings hang in the homes of her grandkids and extended family members. Known for being a social butterfly, Dixie enjoyed long term friendships with her “bank girls.”  They played bridge for several decades and had monthly birthday lunches. She also still enjoyed breakfast gatherings with her highschool friends from the NCHS class of 1958.  Her favorite company most recently were her 2 papillons Sadie and Bella. Dixie will always be remembered as the life of the party, with a special ability to cut through tension with a timely ( and sometimes inappropriate) joke.

Dixie never met a stranger and will be missed by all that knew her.

Celebration of Life will be held at the Yellowstone Garage on Sunday October 24th at 1:00 p.m.

In lieu of flowers the family requests to please make a donation to Casper Senior Center, or Central Wyoming Hospice Kloefkorn Home in Dixie's name.

To order memorial trees or send flowers to the family in memory of Dixie O'Donnell, please visit our flower store.