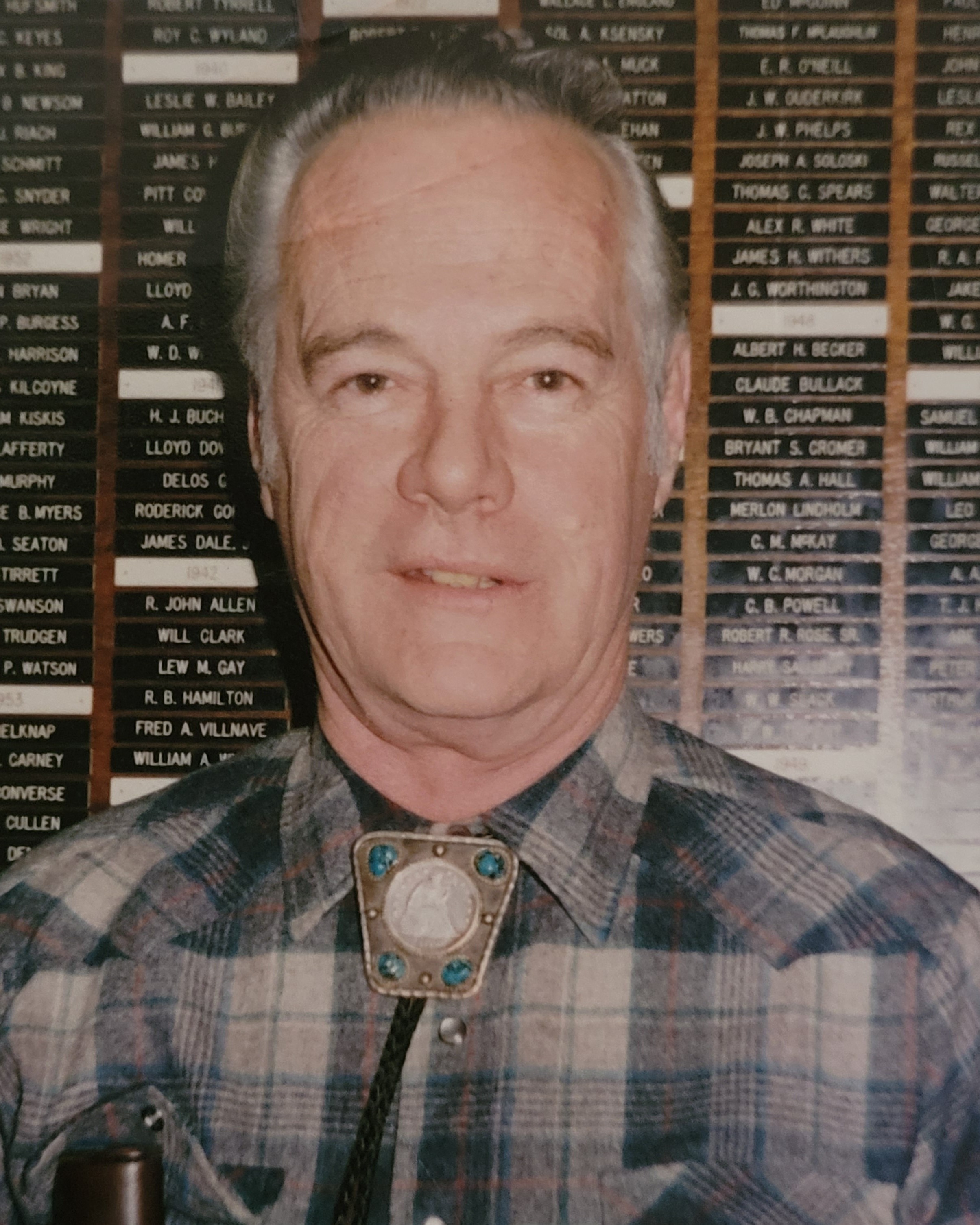 Dixon Ray Goodman was born on May 16th, 1936, in Midwest, Wyoming. He passed away at his home on August 22nd, 2022, with his wife Judy by his side. He was the third of four children born to Ivan Sr. and Helen Goodman. He lived in Edgerton, Wyoming while attending school in Midwest until the family moved to Casper. He graduated from Natrona County High School in 1954. His high school sweetheart, miss Judith Pyle, would later become his bride on August 7th, 1955. They recently celebrated 67 years of marriage. On November 6, 1956, they welcomed a daughter, Marla, and on January 28th, 1964, their son Guy was born.

Dixon worked hard and played hard too. In high school, he held two jobs. One delivering flowers for Palms Floral and the other was at a gas station. On prom night, he was delivering flowers for everyone and still managed to attend with his date, on time, but minus the dinner. On his first wedding anniversary, he nearly found himself divorced. He’d been out of town on a job and had worked so many long, hard days that he completely missed calling his bride on that special day. She eventually forgave him. One job he held, was that of a doodlebug operator. You will have to look that one up yourself! That job took him and Judy to Ely, NV and Bakersfield, CA. They soon moved back to Casper and after working several other jobs, he became the manager of Rocky Mountain Rental, Inc. He was the backbone of this company, working long days, always on call, 24 hours a day, until the company was sold in 1999.

In his younger years, Dixon won the Wyoming Car Rodeo state contest and went on to represent Wyoming in the national competition in Washington, DC where he placed seventh overall. His lifetime love of cars led him to Moab, Utah and the challenge of driving the 4x4 trails, providing many years of family vacations. He spent time traveling all over the United States and visited all but one of the 50 states, which was Georgia. He and Judy also enjoyed taking cruises to Alaska and the Caribbean. His favorite cruise was down the Amazon River. He also loved to spend time at their cabin that he built on Casper mountain. Winters there and all over Wyoming were spent snowmobiling with family and friends. He was president of the Hilltoppers Snowmobile Club. He still has bragging rights on accomplishing impossible courses where all others had failed. Another bragging right, not at all shared by his wife, was that he was one of the last people to have seen the Pedro Mountain Mummy, which his father had possessed for many years before its disappearance. In Judy’s opinion, he spent way too much time searching for its whereabouts. The mummy's location remains a mystery to this day, but the search continues through Dixon's son Guy.

Dixon was preceded in death by his parents, his older brother Ivan Jr., his older sister Lois Wilson (George), and a son-in-law Mark Lanouette. He leaves behind his wife Judy, his daughter Marla Lanouette of Oceanside, OR, son Guy (Angie) Goodman of Casper, WY, younger sister Sandra Davidson of Casper, WY and his brother-in-law Jim Pyle of Casper, WY. He also leaves behind three grandchildren; Brad (Victoria) Lanouette, with his one great grandchild, Eleanor Skye, all of Fayetteville, GA; Shaye (Cameron)  Brummet of Sioux Falls, SD and Bruce (Mackenzi) Lanouette of Eagle Point, OR.

Dixon’s quick witted humor, his snappy comebacks and his many life stories will forever be missed by all who knew him! May he rest in peace!

Memorial donations may be made to the Hospice of your choice in Dixon’s name.

To order memorial trees or send flowers to the family in memory of Dixon Goodman, please visit our flower store.