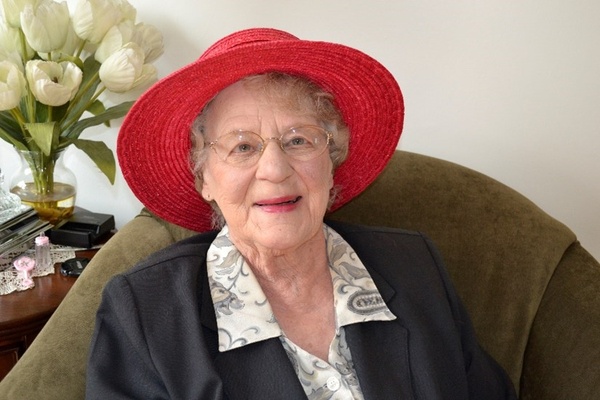 Dolores Lakson Moodie died peacefully at home surrounded by family, on February 25, 2022. Dolores (Dee) was born in Belle Fourche South Dakota on March 25, 1935. The second daughter of Ole and Martha Lakson, she grew up in the farmlands east of Belle Fourche starting kindergarten at the Hillside Community School and graduating from Belle Fourche High School in 1953. She was an active member of her 4H Club and Theta Roe. While in high school, Dee played the French horn in the Cowboy Band and she was an avid and very good dancer. At the cast party for the community theater in Central City, South Dakota, Dee met Jack Moodie and they were married in 1956. To this union three daughters were born, Leslie, Elizabeth and Jeanette. After the family moved to Ft. Collins Colorado, Dee worked as the Larimer County Bookmobile Librarian, a position she was very good at and loved, being awarded Bookmobile Librarian of the Year for the State of Colorado in 1977. After she and Jack divorced, Dee eventually settled in Spearfish South Dakota, finishing her career as the Curriculum Librarian at Black Hills State University. Dee and her daughters were very close, and she traveled to Germany and Japan staying with Elizabeth and her family who were stationed at various Air Force bases. When back in the United States, Dee enjoyed The Daughters of Finland, traveling with friends, camping, family get-togethers, and all things to do with Black Hills history. She loved reading Tony Hillerman books until she discovered Craig Johnson and CJ Box. Dee is survived by her daughters, two sons-in-law, six grandchildren, six great-grandchildren, one nephew, and various cousins and extended family. Her ashes will be interred at the family’s Finnish cemetery, Snoma, in the Black Hills at a later date. In lieu of a memorial, please read a good book.

To order memorial trees or send flowers to the family in memory of Dolores "Dee" Moodie, please visit our flower store.