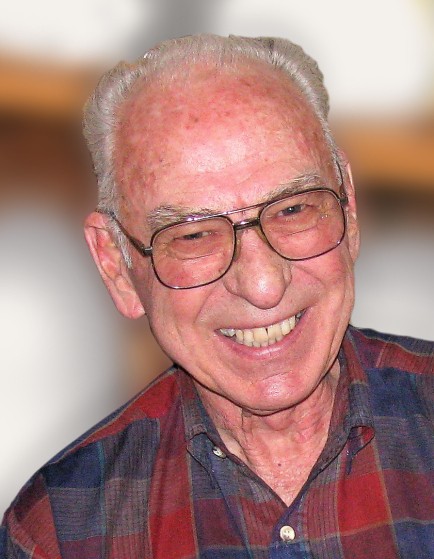 Donald E. Olson, 86, passed away on January 14, 2021, at Granite Rehabilitation and Wellness in Cheyenne.

Don was born in Jamestown, North Dakota to Oscar and Josephine Olson on November 9, 1934. He grew up in Billings, Montana. On September 22, 1956 he married Shirley Kyriss in Billings.

He proudly served in the U.S. Army from 1954 to 1957. Soon after his honorable discharge, he and Shirley moved to Powell, WY where he was employed with J & L Oilfield Supply. Through his employment with J & L Oilfield Supply he and his family moved to Melstone, MT, Rangely, CO and Thermopolis, WY. In 1972, he went to work for Dresser Industries. The family moved to Casper in 1979 where he continued to work for Dresser Industries until retiring in 1998. Don and Shirley moved to Cheyenne in 2017.

Don was a highly active member of Mount Hope Lutheran Church and dedicated countless hours to the maintenance and upkeep of the church. He enjoyed fishing and playing cards (always ready for a game of Shanghai).  Don’s devotion to his faith, family and friends in his life was remarkable. He was always there for anyone in need and with his good heart and kind touch, made a tremendous difference to many. With his ever-present smile and caring approach, Don made us all feel appreciated and loved.

A family graveside service will be held at Memorial Gardens, followed by a memorial service at Mount Hope Lutheran Church. Bustard & Jacoby Funeral Home will be handling arrangements.

Don’s family would like to convey their deepest appreciation to the staff at Granite Rehabilitation and Wellness for the compassionate care they provided to him.

In lieu of flowers, memorial donations may be made to Mount Hope Lutheran Church or Alzheimer’s Association-Wyoming Chapter.

To order memorial trees or send flowers to the family in memory of Donald Olson, please visit our flower store.