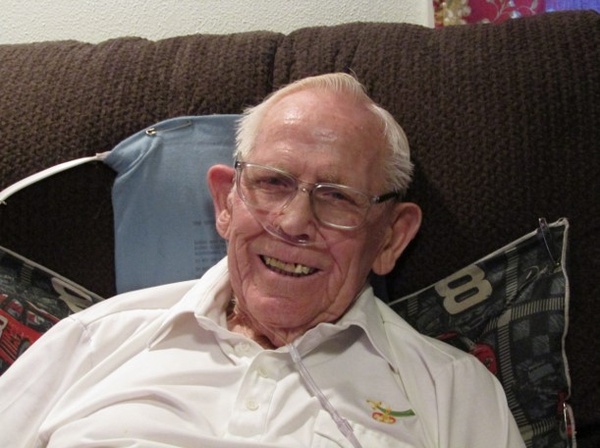 He was born on May 11, 1927 to Martin and Belle Wassenberg the last of seven children. He lived in Calpet until 1941 when he moved to Big Piney to support himself and attend school. A year later he began to work at the Mickelson ranch.  He graduated Big Piney High School in 1941 and the University of Wyoming in 1950 with a degree in Animal Husbandry and Ag Economics. That year he joined the Air Force for the Korean War and was stationed in Okinawa and Texas.

On December 23, 1954 he married June Kothe and they lived in the “honey moon cottage” at the Mickelson ranch.  He graduated from the School of Banking at University of Colorado and returned to work at the State Bank of Big Piney.  They had a daughter Belle and sons Jon and Buzzy.

He was a member of the Masons of Big Piney Lodge, and served as Potentate of the Korein Temple Shrine in 1986. He has served as a County Commissioner, Volunteer Fire Department, Big Piney School Board, Senior Citizen and Retirement Center Boards.  He served many leadership roles in the Community Congregational Church.

He moved with June to Casper in 2008 to be closer to family and medical services. He enjoyed watching bull riding, basketball, battle bots and many sports on TV. He spent much of his time working on his computer.

He is preceded in death by his parents, his brothers Floyd, Morris and Sonny and his sisters Pinky and Thelma. His wife June and sons Jon and Buzzy.

He is survived by his daughter Belle and son in law Don Stapleton.  His grandson Solomon and his wife Andrea Stapleton and great grandsons Ernest and Jude Stapleton. Niece Sue Thompson and nephews Denny and Floyd Rogers.

A graveside service will be held on Wednesday, January 20, 2021 at 1:00pm, at Plainview Cemetery in Big Piney, Wyoming.

To order memorial trees or send flowers to the family in memory of Donald Wassenberg, please visit our flower store.