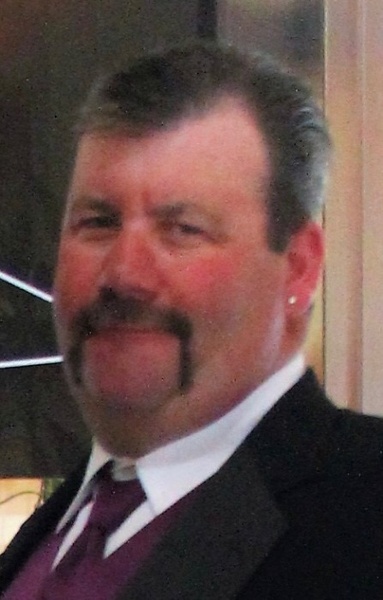 In the early morning hours of April 12, 2022, after a 10-month courageous battle with pancreatic cancer, Donald Edwin “Donnie” Garris II passed away peacefully with his wife Jacki and mom, Susan, by his side.

Donnie was born in Thornton, Colorado, on June 22, 1973, to Donald and Susan (Neifert) Garris and growing up lived in Colorado, Montana, South Dakota, and Wyoming. After settling in Casper, Wyoming, he attended Natrona County High School and graduated in 1992.

This is when he met his best friend and love of his life, Jacki. They were married on December 7, 2000. It was then that he became the instant loving and devoted Daddy to Kristin and William. They later welcomed Graycee in 2002 and Skylynn in 2010.

For Donnie, family was the most important thing in life, and he protected and loved them all fiercely. He enjoyed taking family vacations, camping, fishing, bowling, playing darts, gambling, dirt track races, game nights, and anything else that involved being surrounded by his beloved family and friends.

Donnie worked on the oil and workover rigs and met lifelong friends that he considered family. He was a hardworking and dedicated asset to any company he worked for.

He was a kind, caring, loving, and generous man who always made time for those he loved.

Memorial services and celebration of life at Bustard and Jacoby Funeral Home, located at 600 CY Avenue, May 13, 2022, at 2:00pm. Reception to follow services. In lieu of flowers, it was Donnie’s wish to have donation made to the future care and education of his children.

The service will be livestreamed for family and friends who are unable to be present.

To order memorial trees or send flowers to the family in memory of Donald "Donnie" Garris II, please visit our flower store.