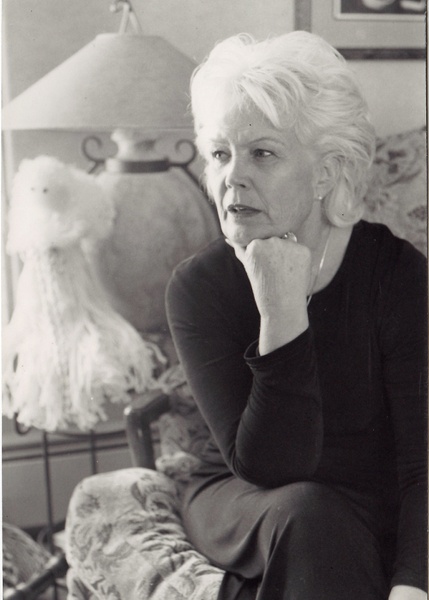 Donna Elaine Wesnitzer (Powell) was born on December 7th, 1944, in Athens, Georgia.  A small coincidence that it was the third anniversary of the attack on Pearl Harbor, and she was born to a navy pilot, Arthur Powell, and his wonderful wife, Janet.  To the great sadness of her family, Donna was taken from her husband, children, grandchildren and sister on Tuesday, February 8th, 2022, after fighting a long and courageous battle against cancer.

Donna was proud that she grew up a Navy brat.  The frequent moves were never a problem for her, as she easily made new friends everywhere she went.  The fact that many of these locations were close to beaches helped, too.  After moving around the country in her younger years, Donna settled in Wyoming.  First in Lander, and then in Casper for the past 45 years.  Coming to Wyoming was a culture shock at first, but it didn’t take long for her unique style and taste to blend with the Wyoming culture, and it quickly became home.  Although she liked to say that she was brought here against her will and hasn’t been able to find the way out, she did truly love it here.

Donna’s children are very fortunate to have been raised by a woman who had a special gift for teaching life lessons in a meaningful and memorable way.  Her example and guidance are tremendous contributing factors in forming the adults they are today.  Much to her credit, her children stayed close to home, and she maintained strong relationships with her adult children and their families.  Having her grandchildren close was a special treat for her, and she cherished every moment spent with them.

Donna was a fantastic cook, and much to the chagrin of her children growing up, she would try anything.  They say practice makes perfect, and that was proven by her cooking, as she was constantly tweaking and improving recipes until they met her high expectations.  To this day, it is a wonder how she found the time to prepare some of the most amazing meals a family could ever hope for.  The entire family has many happy memories of making ravioli from scratch, which was a beloved Christmas tradition

An extremely talented decorator and designer, Donna found great joy in owning The Corner Post.  She loved to redesign and redecorate the store.  She always looked forward to the holiday season, as she could finally bring to life the vision that she had been creating in her mind all year long.  It was a pleasure for her to decorate a home for the downtown parade of homes during the holidays.  It was a great source of pride that The Corner Post was part of the early years of the rejuvenation of downtown Casper.  The Corner Post was a source of many smiles and much laughter not only for Donna, but for so many people that the store brought together.  Many great relationships came from her time at The Corner Post, and she often reflected fondly on how fortunate she was to have those people in her life.

Ever the optimist, you would never hear Donna complain.  She was keenly aware of the blessings she had in life.  She was a firm believer that positive thoughts bring positive results, and she lived her life as such.  No matter what she may have been going through, or how much pain she was experiencing, she was always concerned more for others.  She was a happy, kind, caring, wise, funny, unique, stubborn, talented, positive and extremely loved person that left us too soon, and she will be greatly missed.

Donna is survived by her husband, Roger, her sister, Janel (Walter Hawkins), her children, Marisa, Travis (Nancy), and Arin, her stepson, Randy (Erin), her grandchildren, Courtney, Jack, Jade, Alyssa, Garret, Austin and Larsen.  She was preceded in death by her younger brother, Jim, as well as her parents.  A memorial to celebrate of Donna’s life will be held at the Bustard and Jacoby Funeral Home, 600 CY Avenue, Casper, Wyoming, on Saturday, February 19th at 2:00pm.

To order memorial trees or send flowers to the family in memory of Donna Wesnitzer, please visit our flower store.