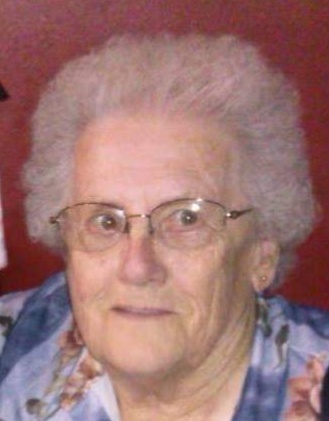 Doris passed from this world on December 10th 2020, at Wyoming Medical Center we can’t thank the staff there enough for the care that she received there.

Doris was born October 21 1931 to Robert and Gladys Spady in Portland Oregon. Doris was proceeded in death by her long-time husband Warren Long Sr. and son Kennith.

Doris left behind a large number of grandchildren and great grandchildren and a great great grandson. With lots of memories of being taught how to play cribbage most of all being skunked by her. She was always the light of the party and you would know exactly what she was thinking as she was not shy at holding her tongue.

Doris earned the title of Grandma and Great Grandma but had a heart of gold with all of her great grandchildren.  She will forever be known and remembered for her family dinners and the Halloween treat bags that she would crochet for the great grand kids and neighborhood kids.

Doris will be missed by everyone that she crossed paths with in life, her family dinners will continue to go on as they won’t be the same.

We will be holding a service at a later date when COVID allows.

You're there fishing with Warren, Kennith, and now Lori as well.

Rest in Peace Doris. We got it from here! We all Love You!

To order memorial trees or send flowers to the family in memory of Doris Long, please visit our flower store.