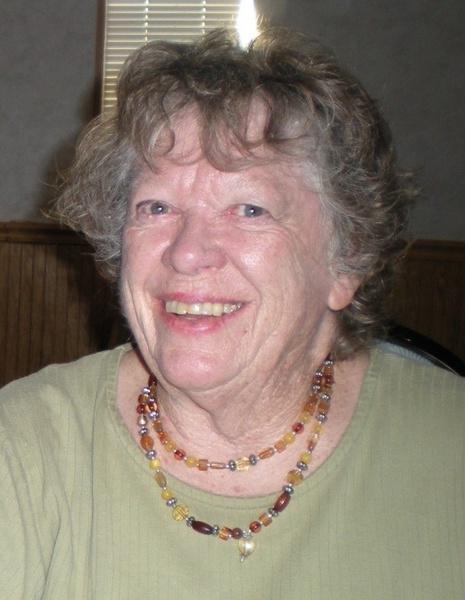 She was a wonderful friend, mother and grandmother and will be remembered for her kind and generous nature.

She was born to Col. Edward Everhart Hunt and Kathryn (Macharas) Hunt on March 12, 1935 in Knoxville, TN. Her first home was in Gatlinburg, TN. Her father was in the Air Force, so she lived many places during her childhood, including California, England, and Germany. She graduated from Frankfurt High School and then attended Frankfurt Art Academy, where she met Wilhelm Ossa. They were married in Germany in 1954. Their daughter, Julia Josephine, was born in Germany in 1955. The three then travelled by ship to New York City. In 1959, her son, Thomas Paul, was born in Memphis, TN. They moved West shortly after to San Francisco, CA and later to Renton, WA; Long Beach, CA; Seattle, WA; and finally settled in Casper, WY in 1969. She and Wilhelm divorced in 1974. After her divorce, she attended Casper College and earned a degree in Nursing and completed the Piano program. In 1985, she met Mickey Mullen, who was the love of her life for the next 35 years.

She held several different jobs during her lifetime, including book transcriber, university secretary, piano and guitar teacher, LPN and finally as a minerals clerk for the Bureau of Land Management. She retired in 2000. After her retirement, she volunteered to read with the students at North Casper Elementary School.

She enjoyed playing Gin Rummy with Mickey (she had recently enjoyed a winning streak), reading and going to the gym. She loved music, especially playing the piano, and exotic foods. She also enjoyed spending time outdoors, collecting rocks, birdwatching, walking her dogs and fishing. She was adventurous and young at heart. Everyone who met her loved her. She loved spending time with her family and was so proud of her children, grandchildren, and great grandchildren.

She was preceded in death by her parents.

Funeral services will be held at Bustard’s on Friday, October 2, 2020 at 2 pm. A viewing will be held prior to the service from 1 pm – 2 pm. In lieu of flowers, she requested donations be made to the Casper Humane Society.

To order memorial trees or send flowers to the family in memory of Edna Ossa, please visit our flower store.