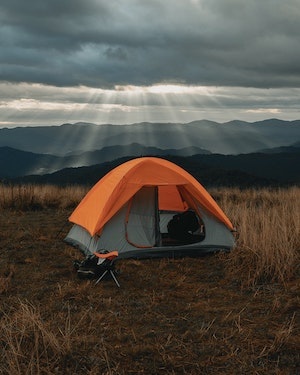 Edward Karl Hikade age 83 of Riverton, WY, passed away peacefully at the home of his daughter, Dorraine in Casper, WY. He was surrounded by his daughters, grandchildren, and great grands. Ed was born March 1, 1939, in Milwaukee, Wis. to Theodore and Lorena (Rates) Hikade, the eldest of four sons. On October 14, 1957, Ed enlisted in the U.S Marine Corps. After training at Camp Pendleton, CA he was transferred to the U.S. Naval Station in Kodiak, Alaska. It was here that he earned citations in marksmanship. Ed received an honorable discharge on September 2, 1960. On May 7, 1960, while serving his country, Ed married the love of his life, Sharon Ellen Knoll in Wauwatosa, WI. This began their 61- year legacy. From this union two daughters were born: Cheryl Lynn Petek and Dorraine Marie (Hikade-Miller) Whelan.

Ed did not want to be a desk jockey, so he started a career driving a mail truck. From there he moved into driving truck for the Electric Co in WI. After moving his family to Wyoming in 1974, Ed advanced to driving 18 wheelers. He hauled wood chips from Dubois, houses for Stylehomes, numerous other driving positions were held, and he ended his career driving a semi for BTI, retiring in 2000.

Ed was the fixer in the family. There was nothing that he couldn’t take apart and fix. He enjoyed cross country skiing, tinkering in his garage, reading, photography, camping, gun collecting and traveling throughout the western U.S. with his wife and family. Ed was an amazing tour guide and would stop at every museum between home and destination. Ed was a man of very few words and enjoyed the quiet or as he called it “contemplating.”

Ed was very involved in his church, Cornerstone Community Church. Every Sunday he could be found making coffee, folding bulletins, greeting parishioners, or giving the pastors a “Life or funny quote.” He was also a huge part of the Operation Christmas Child Project with his wife Sharon and daughter, Dorraine.

Ed and Sherry were married 61 years and will be deeply missed by those that knew and loved them.

Edward is preceded in death by his parents, his wife Sharon Hikade (Knoll) and three sister-in-laws, a brother-in-law and one nephew.

In lieu of flowers, donations can be made to the Marine Corps Toys for Tots or Samaritans Purse Operation Christmas Child.

A memorial service will be held at Cornerstone Community Church in Riverton on May 13 at 10:00 a.m. with military honors, and a reception to follow. The cremated remains of both Edward and Sharon will be spread on South Pass where many happy memories were made camping together and with family and friends.

To order memorial trees or send flowers to the family in memory of Edward Hikade, please visit our flower store.