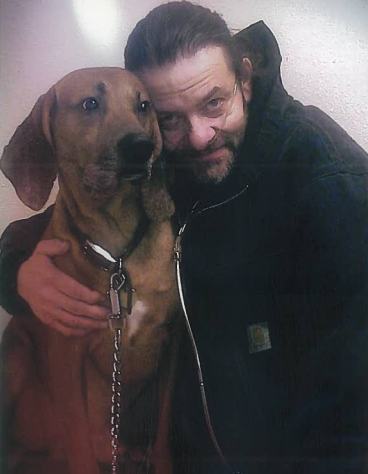 Ed was born May 18th 1959 in Ogden, UT. He had one older brother, Bill Lichliter. Ed and his family moved to Casper in 1959, where Ed attended school.

Ed managed a McDonald’s restaurant and graduated from Hamburger University, one of his proudest achievements! He had quite the collection of McDonald’s drinking glasses which he loved.

Ed moved to Virginia Beach, VA where he went on to manage a Pizza Hut restaurant. While living near the beach, Ed developed a love of dolphins. He acquired a huge collection that he brought back to Casper when he returned a few years later. Anyone that knew Ed couldn’t see a dolphin figurine or wind chime without it reminding them of him.

Ed loved to cook and bake. He developed many of his own recipes, and made lots of beautiful wedding and birthday cakes for family and friends. He also loved Christmas, he had a “themed” Christmas tree before it was cool! Decorating the tree and wrapping presents in matching silver and mauve was a big deal to him.

Ed had a great (usually twisted) sense of humor and could make anyone laugh. He had lots of friends that meant so much to him, he considered many of them family. He was a giving person that would help in any way that he was able. Ed also had a soft spot for animals, he had many pets throughout his lifetime. Ed loved his dog Rusty and his Pekingese, Gizmo was his constant companion for the last 14 years of his life. Ed loved to have a good time, some of his most cherished times were those spent with family. His passion for life and fun personality will be greatly missed!

Ed was preceded in death by his father Clarence “Cal” A. Lichliter, his mother Erma G. (Harrop) Lichliter and his brother William “Bill” C. Lichliter.

A celebration of life will be held Saturday August 22, 2020 at the Washington Park Band Shell at 2:00 pm. Hors d’oeuvres and water will be provided. We will be sharing our favorite memories of Ed, so please be thinking about a story that you’d like to share.

In lieu of flowers, donations can be made to:

To order memorial trees or send flowers to the family in memory of Edward Lichliter, please visit our flower store.