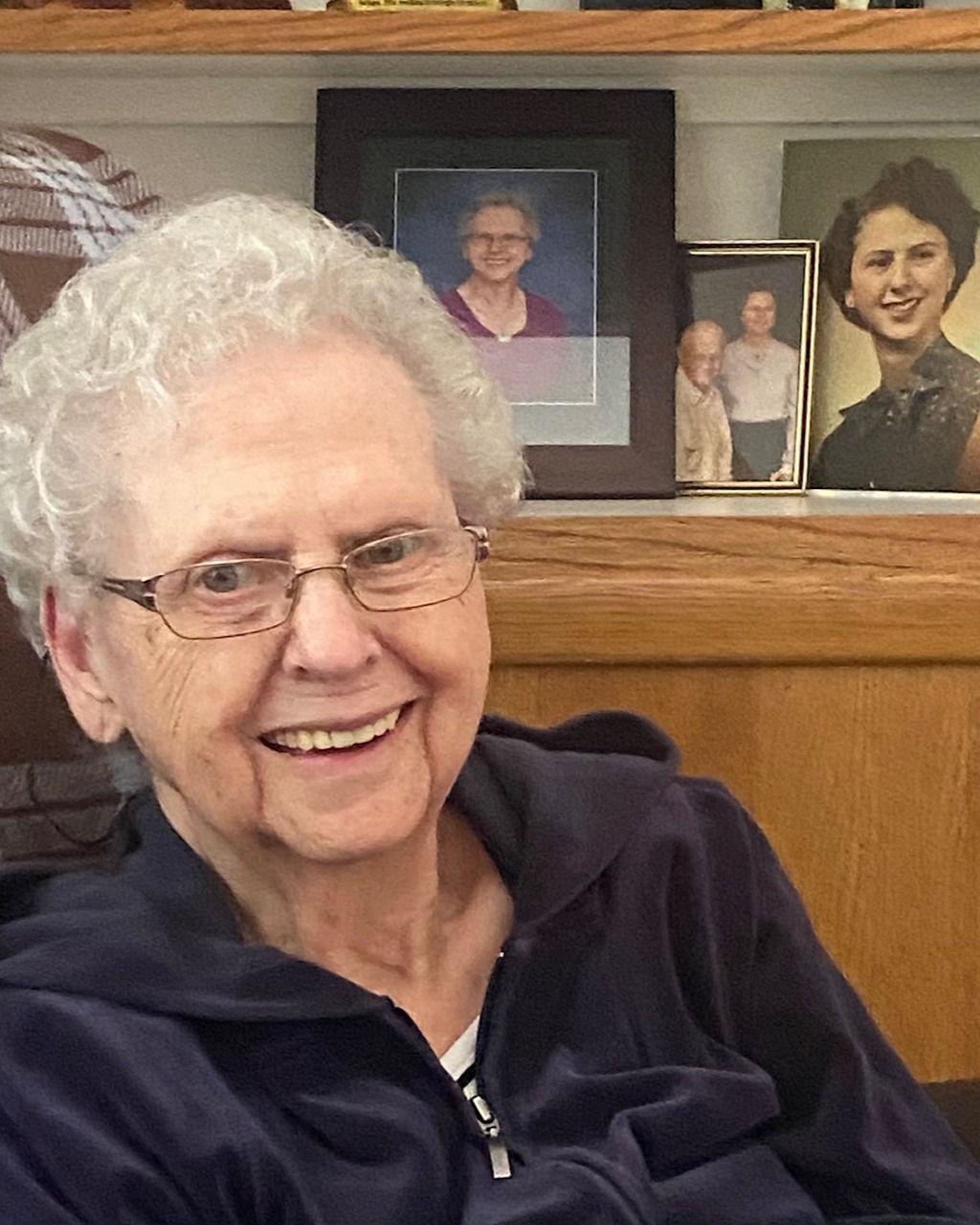 Our sweet Mom, Frances Pauline Schoenewald, age 88, of Casper, WY. Passed away peacefully on October 24, 2022, surrounded by family and friends, her faithful dog Angel, snuggled by her side. She will be deeply missed.

Frances was born in Hyattville, WY.  on July 20, 1934, to Harry Julian and Anna Emily (Ilg) Frederick.  She graduated from Natrona County High School in 1952 and attended Casper College where she received her LPN license.

She worked at Natrona County Memorial Hospital for several years as well as Poplar Living Center and Shepard of the Valley. She tried her hand at cosmetology for a while and went to The Academy of Hair Design. When her children were all raised and out of the house, her husband convinced her to go into driving long haul trucks with him so they could spend more time together. They traveled from coast to coast. Unable to resist her love for caring for others, she returned to nursing, working in in-home health care until she retired in 2009.

She married C. Shade and to this union was added a daughter, Sarah. They later divorced. In 1960 she met the love of her life Richard “Whitey” Schoenewald. Whitey brought with him another daughter, Helen as well as a son, Chuck. A year later they added another daughter, Patty to their happy family.

She and Whitey were active in CB radio and rescue in the 70’s. Every year in July the family went to Hyattville for the “Old Timers Picnic” with dancing, camping and reuniting with family.

She loved gardening, reading, and spending as much time as she could with her much-loved grandchildren and great-grandchildren.

She was preceded in death by her father Harry and mother Anna, husband Whitey, and her brothers Victor, Orville and Eddie.

Funeral services will be held at St. Patrick’s Catholic Church on November 10, 2022 at 10:30 a.m.. Father Cliff Jacobs will officiate. A reception will follow at the church.  Burial will be at Memorial Gardens. Arrangements are under the care of Bustard and Jacoby Funeral Home.
In Lieu of flowers, memorial donations may be made to Central Wyoming Hospice, The Alzheimer’s Association and Wyoming Dementia Care.

The family wishes to extend their gratitude to Home Instead and Meadow Winds Assisted Living for their great care of our mom.

Arrangements are under the care of Bustard and Jacoby Funeral Home, 600 CY Ave, Casper, WY, 82601.

To order memorial trees or send flowers to the family in memory of Frances Pauline Schoenewald, please visit our flower store.