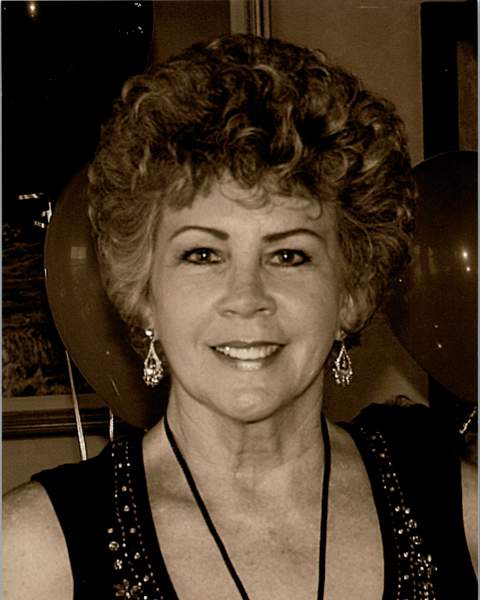 Mrs. Garnette Jones of Casper, Wyoming passed away at the age 78 on August 24th.  She had been battling cancer for over 20 years and is now at home with our Lord.
Garnette was the daughter of Mr. & Mrs. Garnett Carney.  Once her father had completed his service in the Navy, the family moved to Greeley, Colorado, then later to Riverton, Wyoming.  In 1957, they relocated to Casper, Wyoming where Garnette attended high school at Natrona County High School and graduated in 1961. After graduating, she began her career as an insurance agent and worked for 38 years for the following agencies:  Chadwick Agency, Lange’s Western Agency, The Bon Agency Insurance and Freeberg Insurance Agency. Garnette retired from insurance in 2008.  In addition to insurance, she was also the proud owner of The Ceramic Shop and Ribbons & Roses, both located on East 12th Street.  She enjoyed painting, from ceramics and china to painting art with oils, acrylics and watercolor.  Her favorites to paint were flowers, Wyoming wildlife, the Moulton Barn in Jackson Hole, and the beautiful landscapes of the Teton Mountains.
Garnette is survived by her husband of nearly 59 years, Kenneth Jones of Casper, daughter, Angela Jones Corbin and her husband Vern of Orlando, Florida; son, Jeffrey Jones and his wife Lecretia of Hurst, Texas; grandchildren, Ashlynn Jones Kipp and her husband Eli of Norman, Oklahoma; Vernon Corbin III of Savannah, Georgia; Rachael Jones of Grapevine, Texas; and Brittany Corbin of Vancouver, BC, Canada; and siblings, Dixie Loper of Pilot Point, Texas; Patricia Sellers of Casper, Karen Henritze and Cindy McCombs of Denver, Colorado; and Jonathan Carney of Lincoln, Nebraska.  She is predeceased by her parents Garnett Carney and June Eckley Carney.
Funeral service will be held at 1:00 p.m. on Saturday, September 10th at Faith Bible Chapel at 504 North Forest Drive, Casper, Wyoming 82695.
In lieu of flowers, the family is asking that a memorial donation be made to Faith Bible Chapel at P. O. Box 50305, Casper, Wyoming 82605 and/or Central Wyoming Hospice and Transitions at 319 S. Wilson Street, Casper, Wyoming 82601.

To order memorial trees or send flowers to the family in memory of Garnette Jones, please visit our flower store.