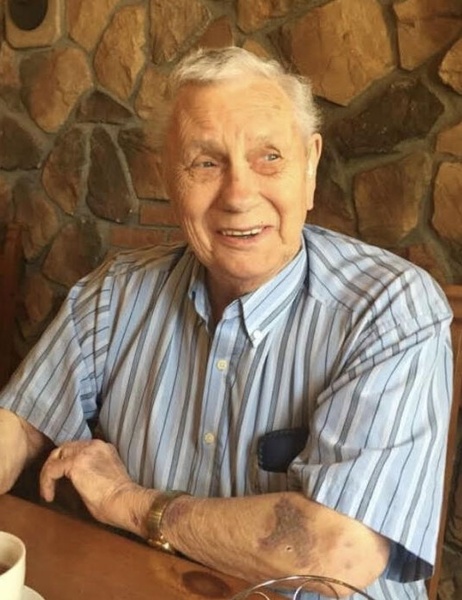 Gary Lee McDaniel (81) of Casper, WY passed away peacefully with his family gathered by his side on August 18th.  Gary was born in Linn, Missouri to Roy and Elva McDaniel on July 28, 1939.

Gary was a Son, Father, Grandfather, Great-Grandfather, Brother, Uncle, Friend, a life-long lover of all things trucking, and a distinguished connoisseur of food…”Yum, yum!”

Shortly after high school, he left Missouri and moved to Wyomingmoved Wyoming to pursue a job doing pipeline work.

In November of 1963 he married Billie Lou Bunch.  They were married for 25 years and together they raised their 3 daughters: Penny, Jodie and DeAnna. Throughout their lives they lived in numerous states around the country including Wyoming, Idaho, Missouri, Utah, and Texas.

Gary was very dedicated to and had much pride in being an Owner-Operator Truck Driver. Early in his career he worked for C.R. England in Salt Lake City, UT; Garret Freight Lines in Pocatello, ID; Marathon Trucking & LK Trucking in Worland, WY.  In 1989 Gary bought his first truck and started his own business, “Gary McDaniel Trucking”.  Gary spent the rest of his working career on the road along with managing an additional leased truck to PackerLand Transport. Gary retired from driving in 2008 at the age of 69 and settled in Casper, WY.  Even after retiring from trucking himself, Gary stayed very active in the trucking world by consulting other truck drivers and talking daily to his trucking buddies.  Gary always talked about someday getting to go to the “Big Truck Stop in the Sky”, where he was surely welcomed with open arms by his friends and family who went before him.

In retirement, Gary enjoyed spending time with his children and grandchildren along with  numerous vacations with family to Missouri, Nebraska, Colorado, Las Vegas, and Mexico.  Gary made lasting friendships everywhere he went including his local favorites: Olive Garden, Dsasumo, Village Inn, St Anthony Manor, and countless friends around the community and continuing his lifelong friendships all over the country from his years on the road.

Gary was preceded in death by his parents Roy and Elva McDaniel and siblings; Dick, Ken, and Jean.

Gary’s survivors include his sister Betty; his 3 daughters: Penny Fladeland (Lannie) of Casper WY, her children Bruce Poulos (Kortnie) of Fruita CO and their children Brekken, Bronson, and Kayden; as well as Penny’s son, Cory Poulos (Brian) of Casper WY; his daughter Jodie Blom (Jesse) of Ozark MO along with her children Joe, Jillian, and Jace; and his daughter DeAnna McDaniel of Ann Arbor MI, along with her children Olivia and Ciara.  He is also survived by his numerous cousins, nieces, and nephews that he was so proud of.  Last but not least, his trusty companion Lexie (the yorkie)!

Please join for a Celebration of Life service to be held on Monday, August 24th at 11:00am at Occasions by Cory (303 S. Wolcott) with a lunch reception immediately following at the same location.

In lieu of flowers please make a donation to your favorite charity or plant a tree in his honor.

To order memorial trees or send flowers to the family in memory of Gary McDaniel, please visit our flower store.